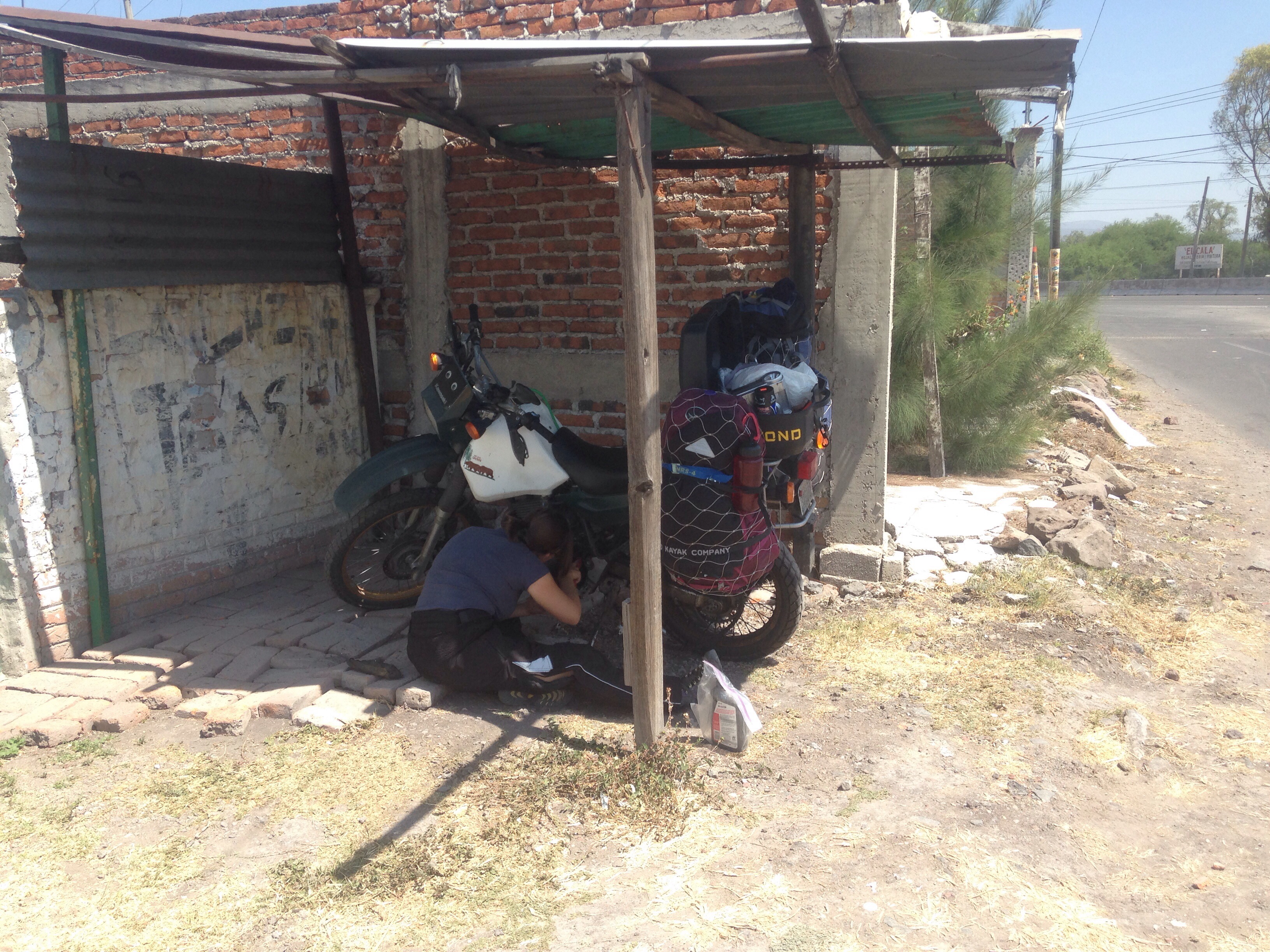 We hear a crack thud sound, Mateo pulls in the clutch to take the moto out of gear and we coasted to the side of the road. We find oil everywhere, we had a good hunch the seal next to the sprocket had blown again. We had seen this once before in Pismo beach, and replaced the seal right away and bought an extra seal in case it happened again. So we found a shady spot and started to replace the seal in front of someone’s house. Put some oil in the beast and tried to fire her up again. We had an officially broken down motor cycle right out side of Celaya. Well, one of us needed to walk and find a phone and one of us needed to stay with the bike. Mateo speaks better Spanish so I stayed with the bike. Just incase some one stopped and asked what I was doing Mateo wrote down a series of Spanish words so I could explain myself. I was scared after all the things people had told us about Mexico I was convinced that some one would approach me and try to steal the bike and maybe me as well. Yet in reality I have not once felt in danger on the trip at all, just nervous at times (this happens at home too). Mateo was gone maybe 15 minutes and came back with a man who was going to call his sister and have her call his cousin. We were still on a side road so we pushed the bike on to the busier road. After using a neighbors phone to call Mateo’s cousin directly he said he could show up with a truck but not for a while, a while meaning 5 hours. It was hot but yes we had water. And a tree to lean against. Stranded on the side of the road/highway area. There was a restaurant across the median, maybe they had internet where we could look in to mechanics or other options to get back into Celaya more quickly, so we crossed over. The restaurant was closed, must have been too early because it didn’t have that deserted feeling. We crawled under the chain and sat in the shade for a couple minutes, if their soda coolers hadn’t of been chained up I would have grabbed a cold water and left some pesos for them, I was temped to just break in to one. Not feeling good about sitting in a closed restaurant we headed back through the median and sat with the bike. There was a small side road with many people passing by parallel to the high way. Remembering this Doctor Gentlemen who had approached us at Starbucks when we first got into town and said if we needed anything to call him. We started looking for a phone to contact him. Seeing these guys with a small Nissan truck cross over the median and back, walking by us again Mateo approached them to see if he could use their phone. It turned out they had no obligations and we quickly put the bike in the back of their small truck hopped inside and we were heading back to Celaya to get the bike fixed and return to Brenda’s for a nother hopeful couple days of getting the bike repaired. It was Fridayday so we could most likely get the bike into a shop and get a dionossis by the following day, most people don’t work on weekends so I guess we will see the bike on Monday. 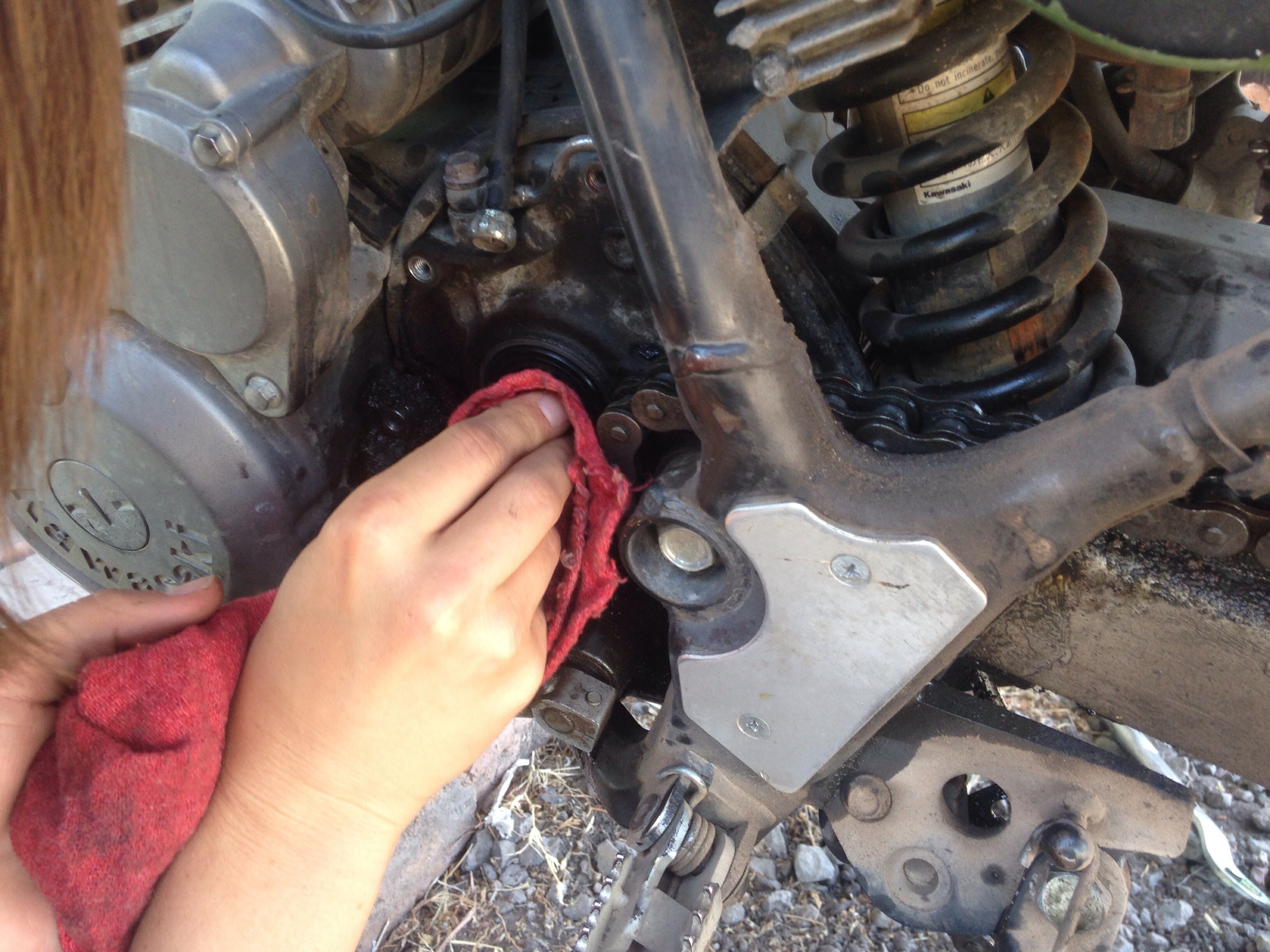