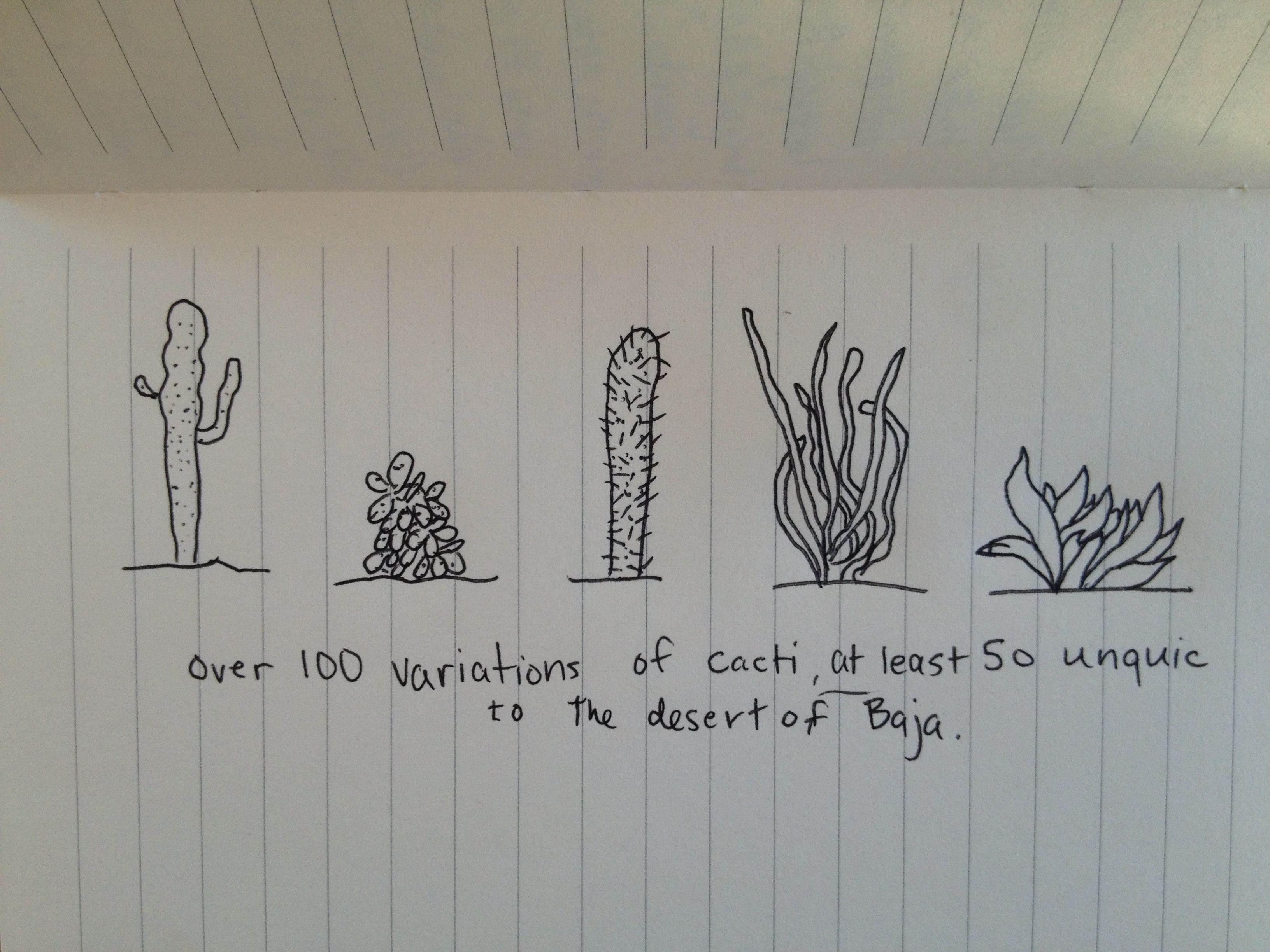 So I thought that I would be getting the feeling of really missing home, yet I’m not. I defiantly miss my friends faces but I know they are home praying for me and cheering me on! Sunday the 30th of March we only drove  about  66 miles before we arrived in Loreto, we had a late start in the morning and suffered some in the heat of the morning. The tactics are simple do not put on your riding gear until the very last minuets, have everything ready to go before the riding gear is donned and then its go time. This is difficult when our beautiful beach camp spot is down on the beach and I am walking up the boulder trail, and Matt and I are meeting at the top. I start sweating the second my riding pants are on.

I had read some where Loreto had good breakfast, so after the welcomed short ride we pulled into town. It was a cute town right on the Sea of Cortez (on the east side of the Baja). The day before had just wiped me out 250 plus miles on a bike going no faster than 60 miles an hour is rough. We found a restaurant that advertised they served breakfast and stopped there. This is the first town we decided to stay in over night and unpack our bags and walk around. First we wanted to get settled somewhere so cheap hotel hunting was necessary. Most established towns you can find a hotel for 50 dollars a night. We pulled up to a couple hotels and they both had no vacancy signs out front. I saw this tattered sign that said Cocos, we followed what looked like a card board sign, around the corner and onto a little dirt road, not promising at all. Then a well put together building stood in front of us. Yep the signs were deceiving and this was a smaller but nice hotel. we talked with the owner he had no rooms for rent only bungalos, that were too expensive, we asked if you knew any one who offer tent space. In larger towns its hard to find a spot for a tent. He was quickly on the phone trying to reach a friend that he knew had two suites. Cell phone… no luck…home phone, nothing, and then house keeper of the place. yes she will meet us there in 10 mins to show us around. Bruce showed up right as we did. He had built a house with two suites in the back. They cost 45 dollars a night, this was just a way for him to make a bit of money, not really a business. He certainly didn’t want to catch himself actually working hard at it. The rest of the day was spent at the beach, walking around Loreto, and getting a good nights rest in a air conditioned room. Oh and i got good and sick after dinner, but then I felt better after losing the battle.

The next morning we were offered breakfast after Matt helped the other couple staying in the suite next to us with some technical help. Free breakfast was really good, I had sausage and eggs, also known as hot dogs and eggs, I found that you never really want to order the food that seems to be the “American food” it’s never really good, just stick to the Spanish stuff they know what they are cooking there. 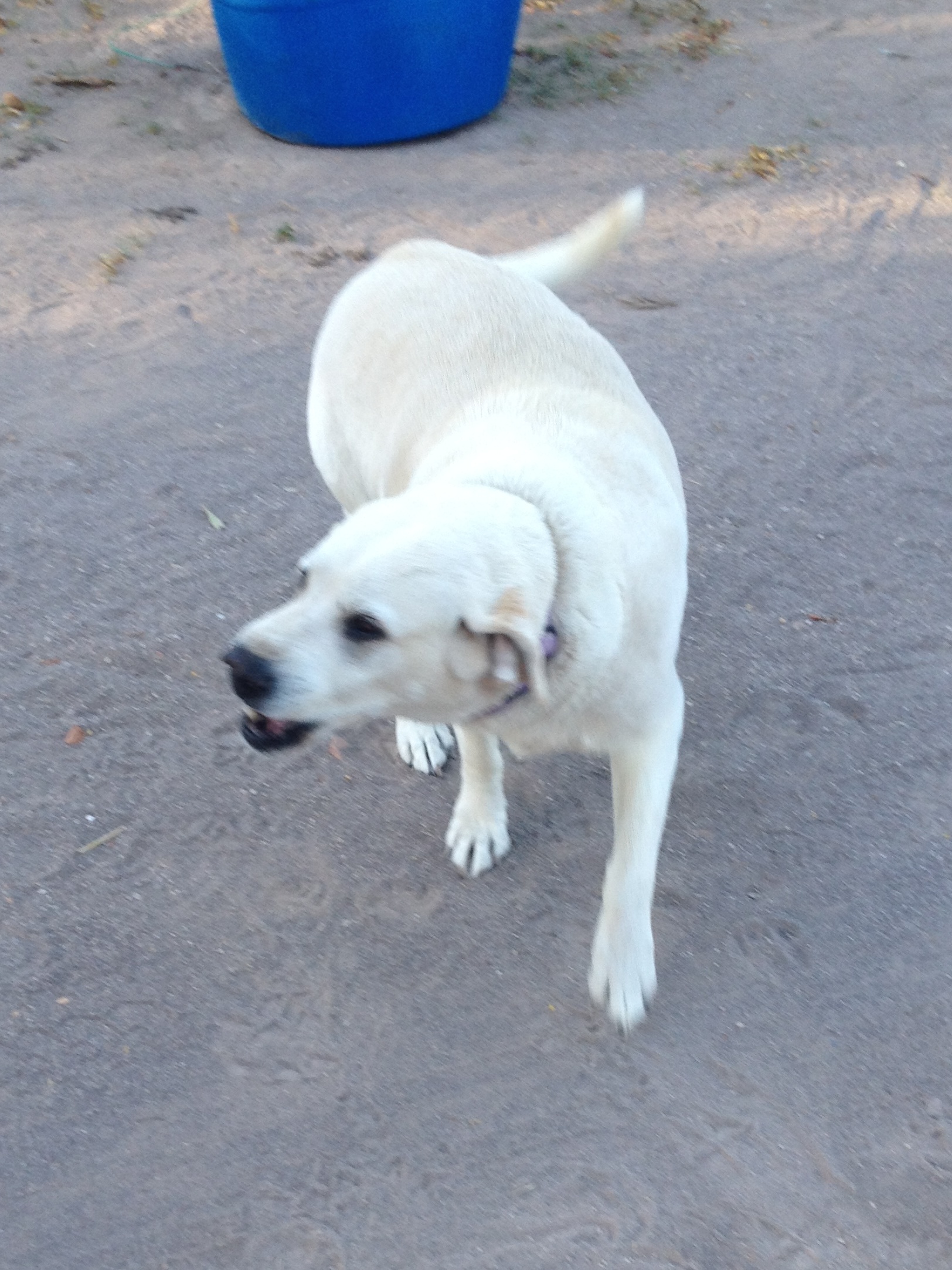 This is one of the dogs at the RV park, I nick named him Polar Bear, his real name is Juniper.

Now we are in Ciudad Consititucion, about 50 miles off the Pacific Coast in an RV park on the edge of town and we are off to La Paz today. Hopefully a ferry is in our future tomorrow! 18 hours to Mazatlan Hoot Hoot!