From Tepic we left early, we passed through the town of Tequila. There were so many agave plants, for miles literally, or kilometers should I say. It was around lunch time when we passed though Tequila. When looking for a taco stand we saw big signs and pulled up to a booth. On this occasion, taco lunch was awkward. The stand we pulled up to was actually a group of four stands all in a row. Each with a cute older Mexican lady waving their menus at us trying to get us to pick their booth for lunch. It was enough for me to want to walk away, yet I had the hunger, with Mateo and I both trying to get the other to pick a booth. Mateo had me pick a number I think it was seven, lucky me there was only four booths, so then I subtracted five and was left with two. We ate our first quesodillas, they were awesome! We did not pick up any Tequila, this whole taking a smaller bike thing prevents you from picking up anything extra, needed or not needed. 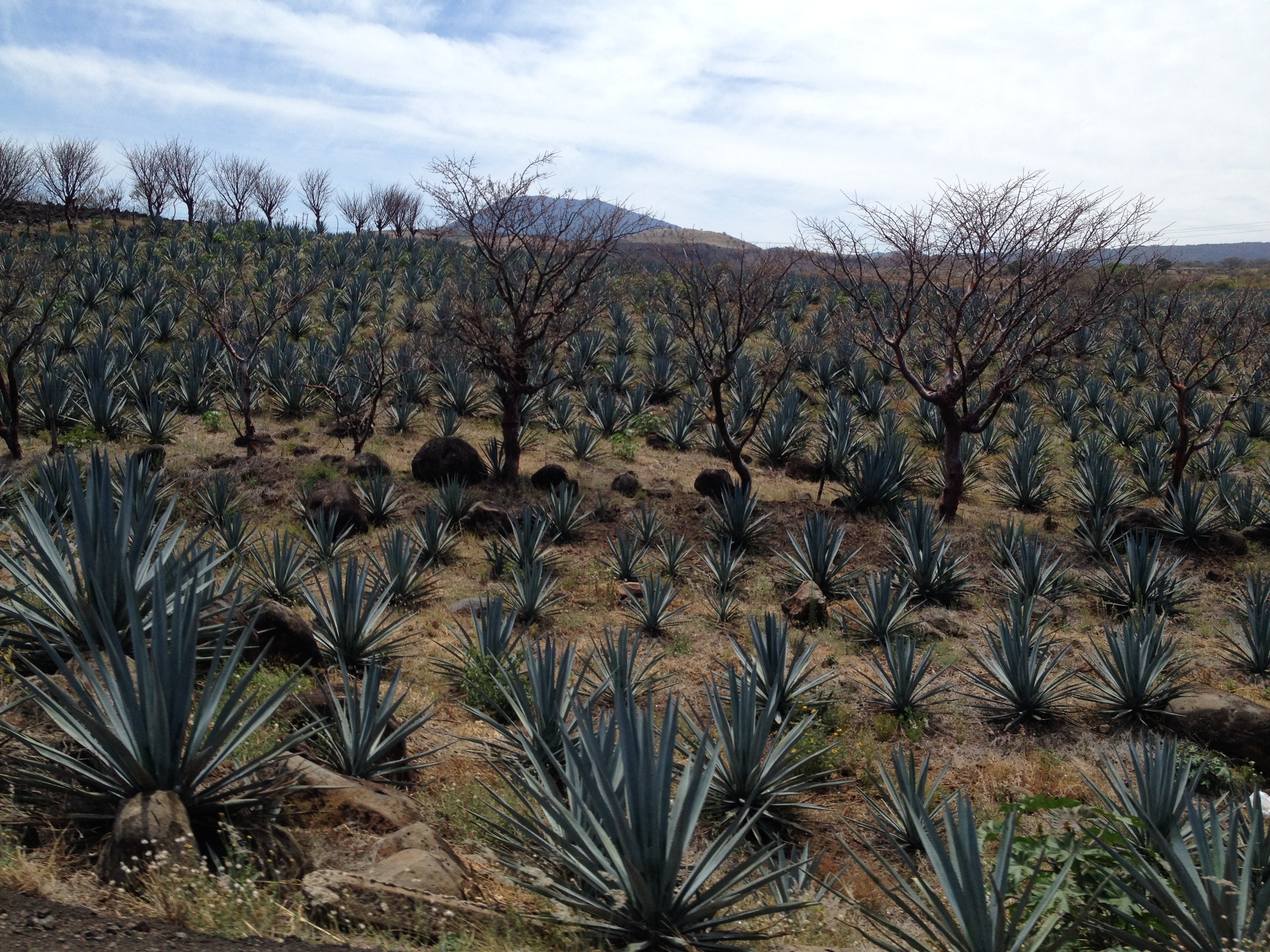 Arriving in Guadalajara earlier than expected gave us time to run around and go to this giant market, San Juan de Dios, it was many many layers of goods, phony brands, pirated movies, and of course we had to go to the meat market, a little gnarly, Mateo had spent time here as a kid so he remembered the market well. We drove around town to burn time and enjoy the sights, Guadalajara is the second largest city in Mexico.

Inside the Market Square 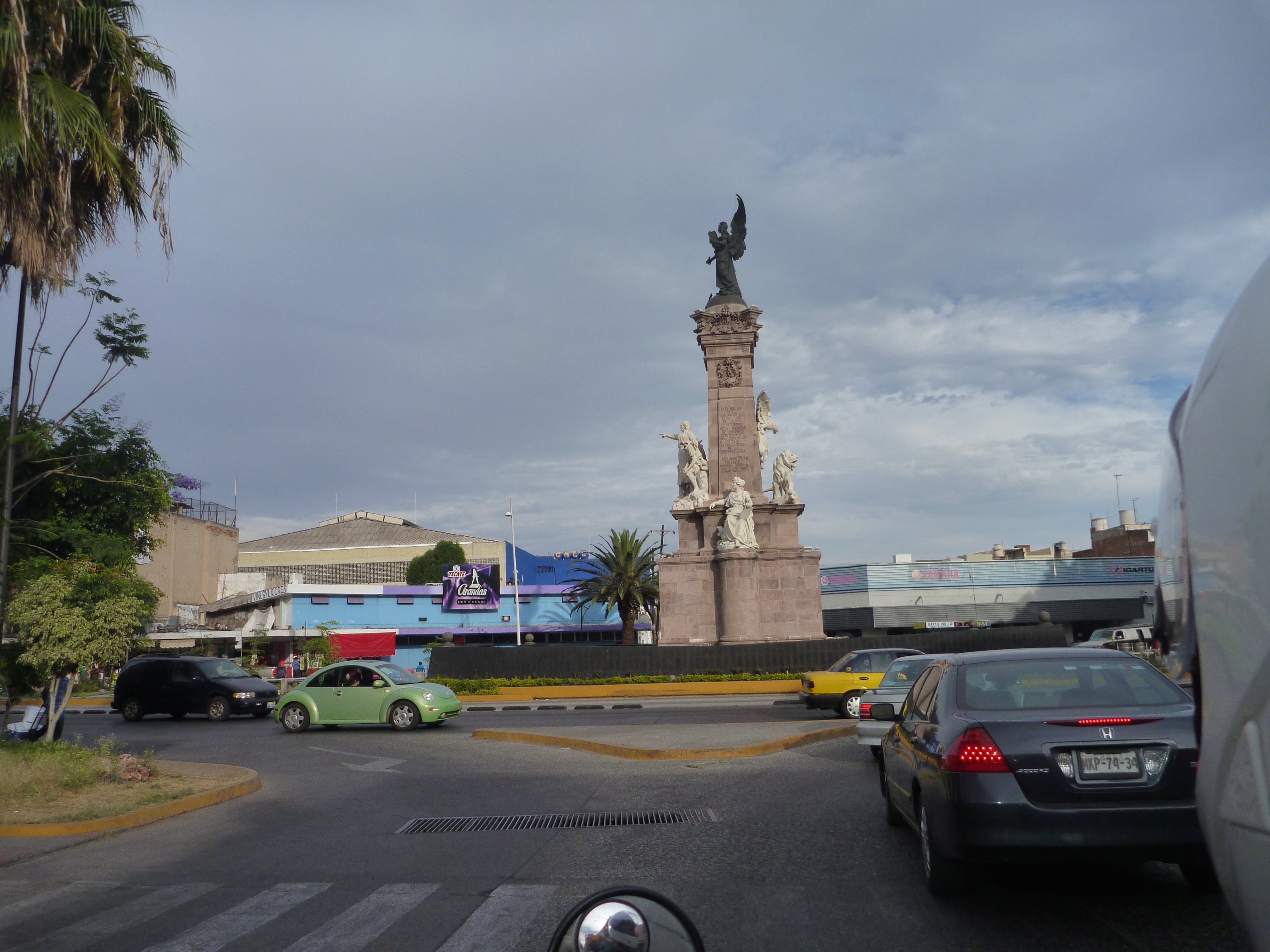 We arrived to our second couch surfing host home with no directional issues. Jaun was super nice along with his girl friend and roommates. We then went in search for Mateo’s old apartment from when he and his family lived in Gauadalajara for three months. Juan coincidentally lived only blocks from where Mateo and his family lived, we were not able to find the house, when they lived in the area it was smaller city then, dirt roads even. Chances were slim to start, so not finding his place was ok. The architecture in Mexico has really impressed me, much more creativity than I could of imagined. We finished our night with our host, cheep pizza and a game of Cuben Dominos. Funny thing we call this game of Dominos Mexican Train and they call it Cuben Dominos ha, we had a blast. It has been really awesome to actually stay with people in their environment and not just seclude ourseleves in a hotel. Both Mateo’s and my spanish has improved! 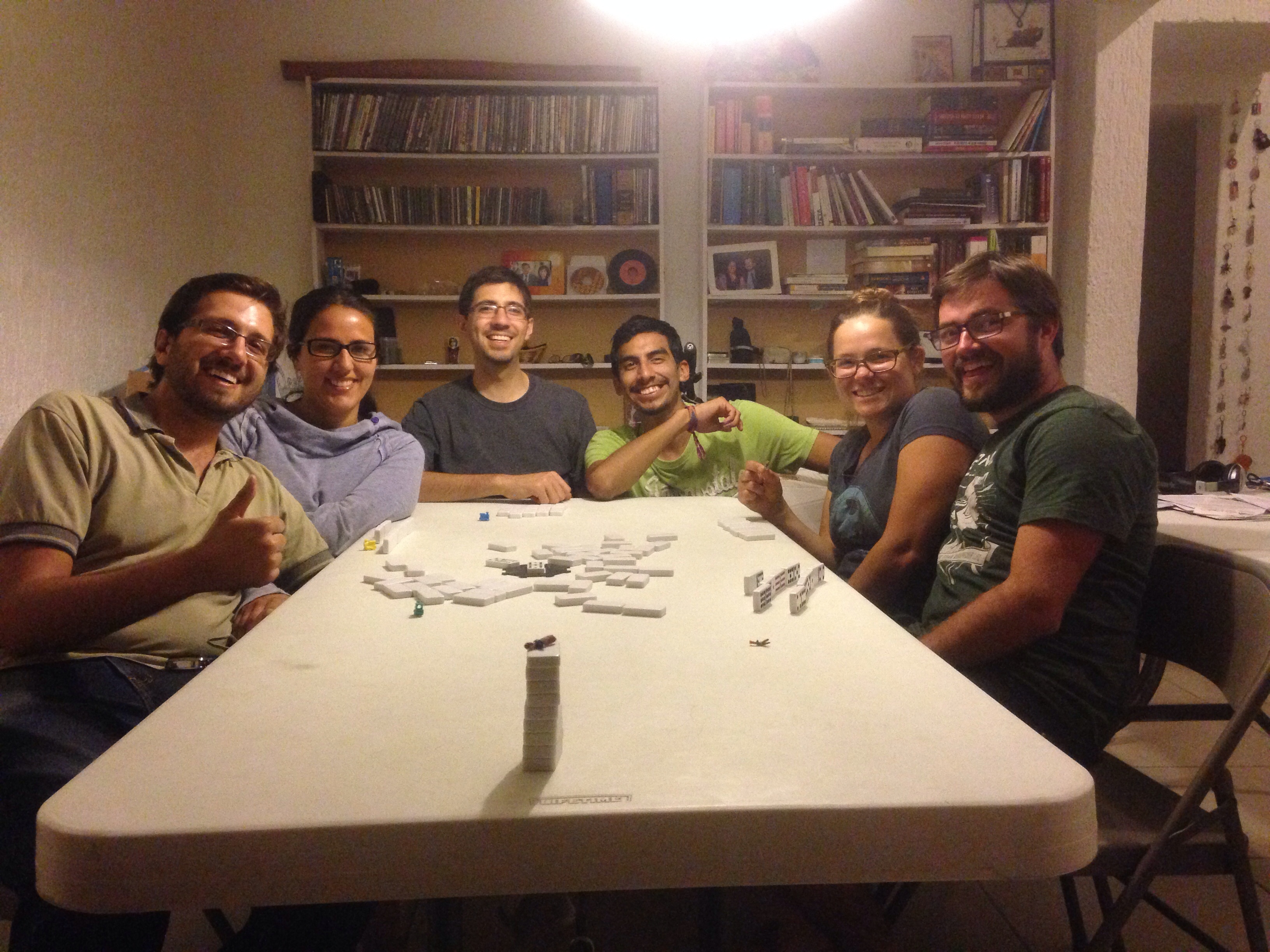