San Cris is a charming place, with a strong mix of indigenous people, Mexicans, and travelers. It feel like a Mexican Portland, many people selling their awesome crafts and a strong food culture. One day we even ate falafel, best falafel and hummus I have had. Since we were visiting during a popular season at night the streets were packed full of people and special events going on, Paintings were being displayed and tons of live music. Mateo and I spent many nights bussing into town and just exploring the city. Laura took us to a special market about 20 minutes north of San Cris, this market is special because it is less touristy and only Indigenous people are selling things there. We also visited a famous church, it is famous because it was kicked out of the Catholic world and no longer deemed Catholic due to its spiritual rituals and extra saints. Mateo and I visited Landers farm area, I really liked helping out on the farm and so did Mateo, we helped watch the baby, really we just took her on little walks to pick up eggs, and entertained her so Laura and Lander could get stuff done.

The canals built to feed water to all the plants 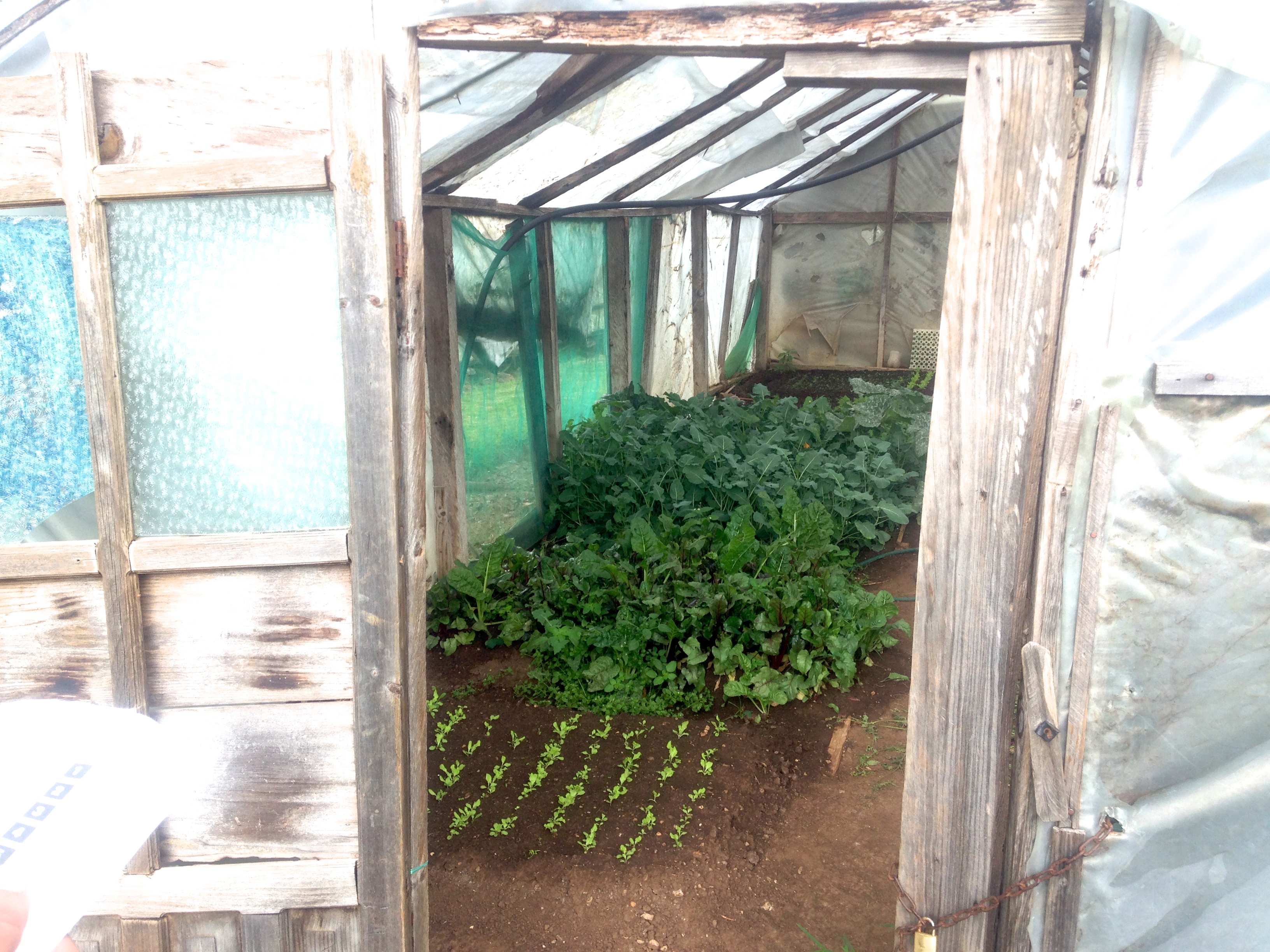 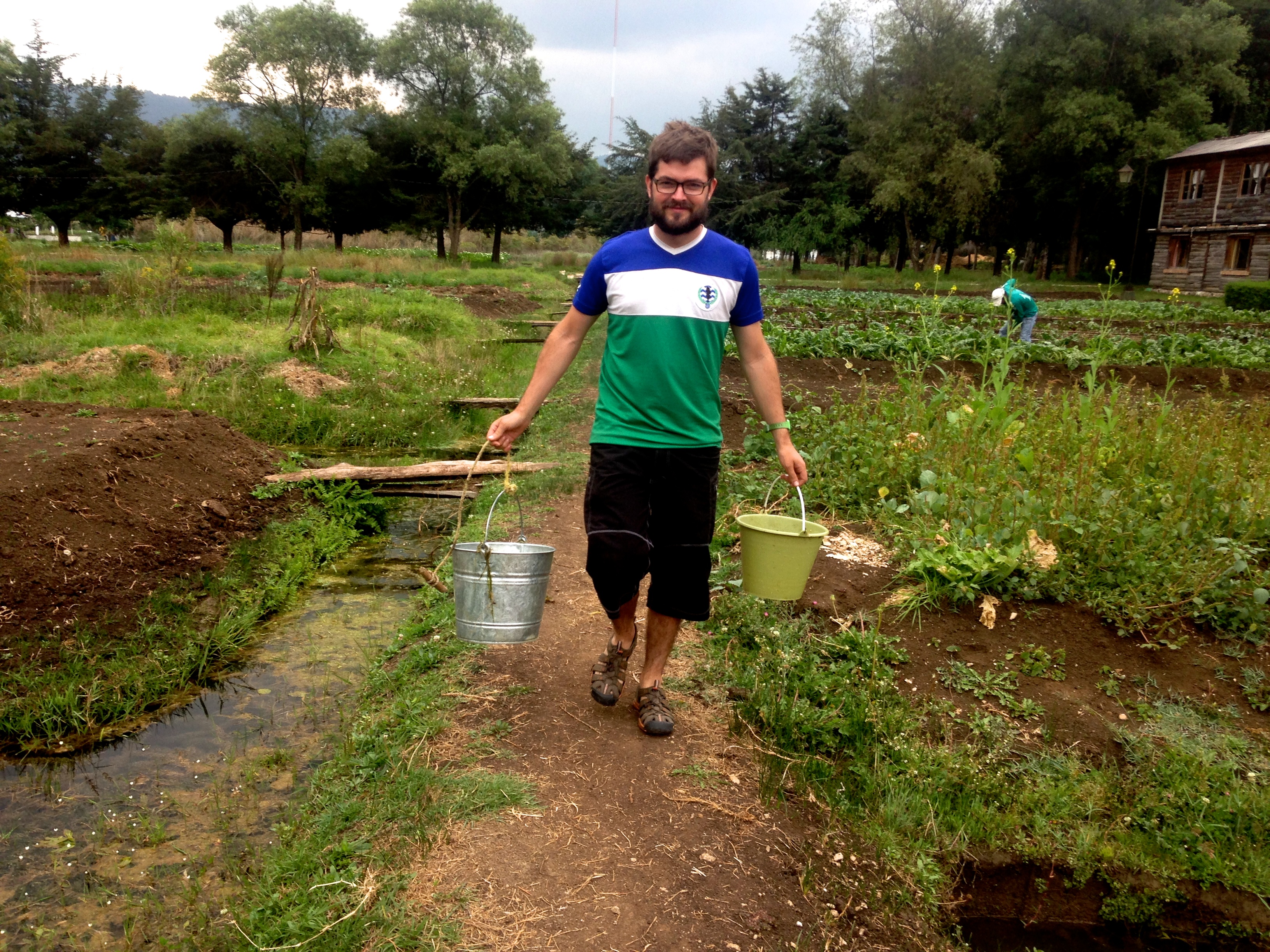 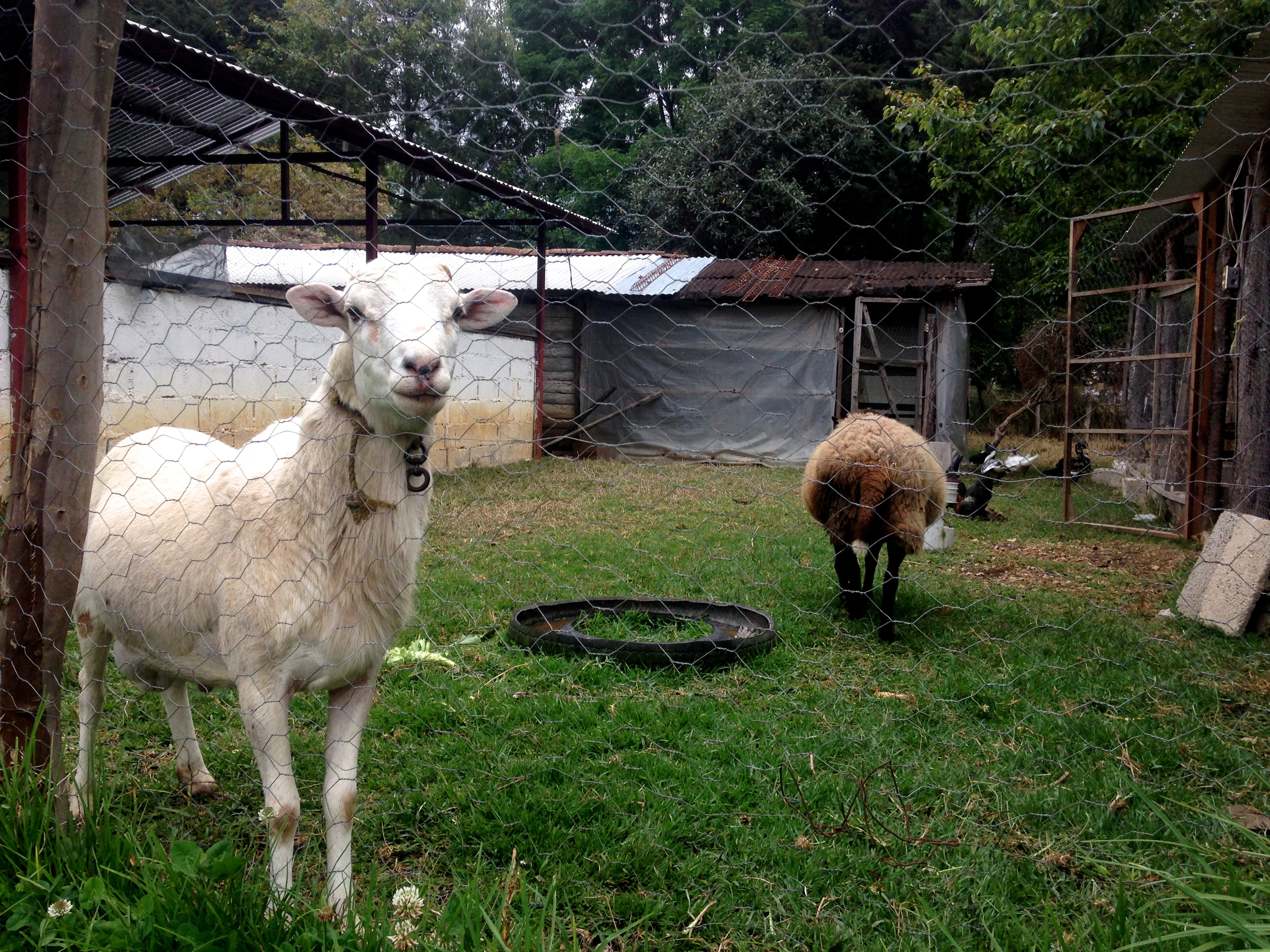 A lovely day for goats 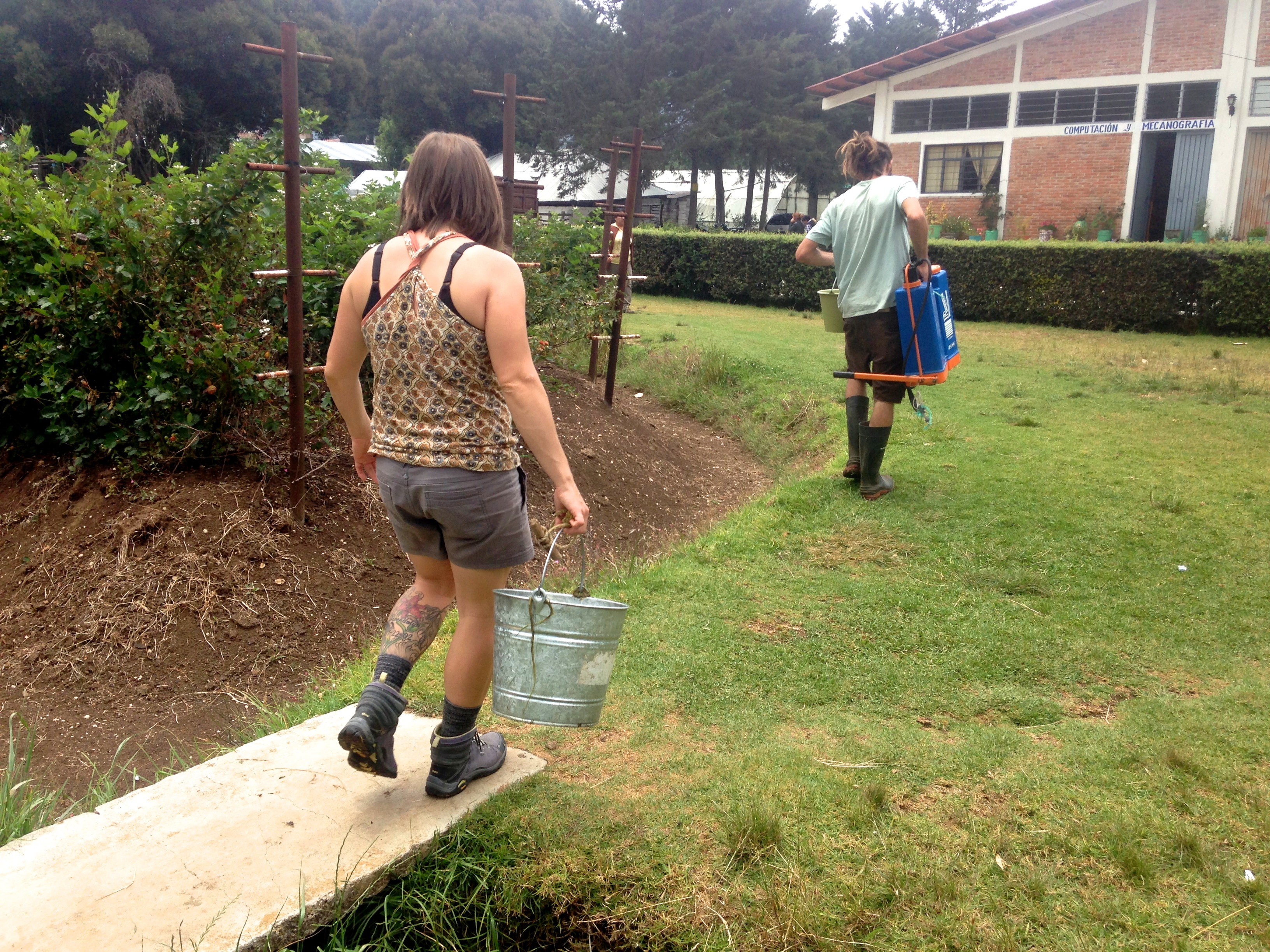 I worked a little as well

We heard back on the bike as well. during the first break down the engine over heated and caused expansion of everything inside, and broke a part, the guy just did a fixer upper weld, the bike actually needed much more fixing than a patch. Well when we were heading up the hill to Landers the guys quick fix broke and ended up taking out the rest of the engine. So now we are faced with the choice of a full rebuild or put a Mexican engine in it, both options will be expensive and take minimum of three weeks if every thing goes smoothly. 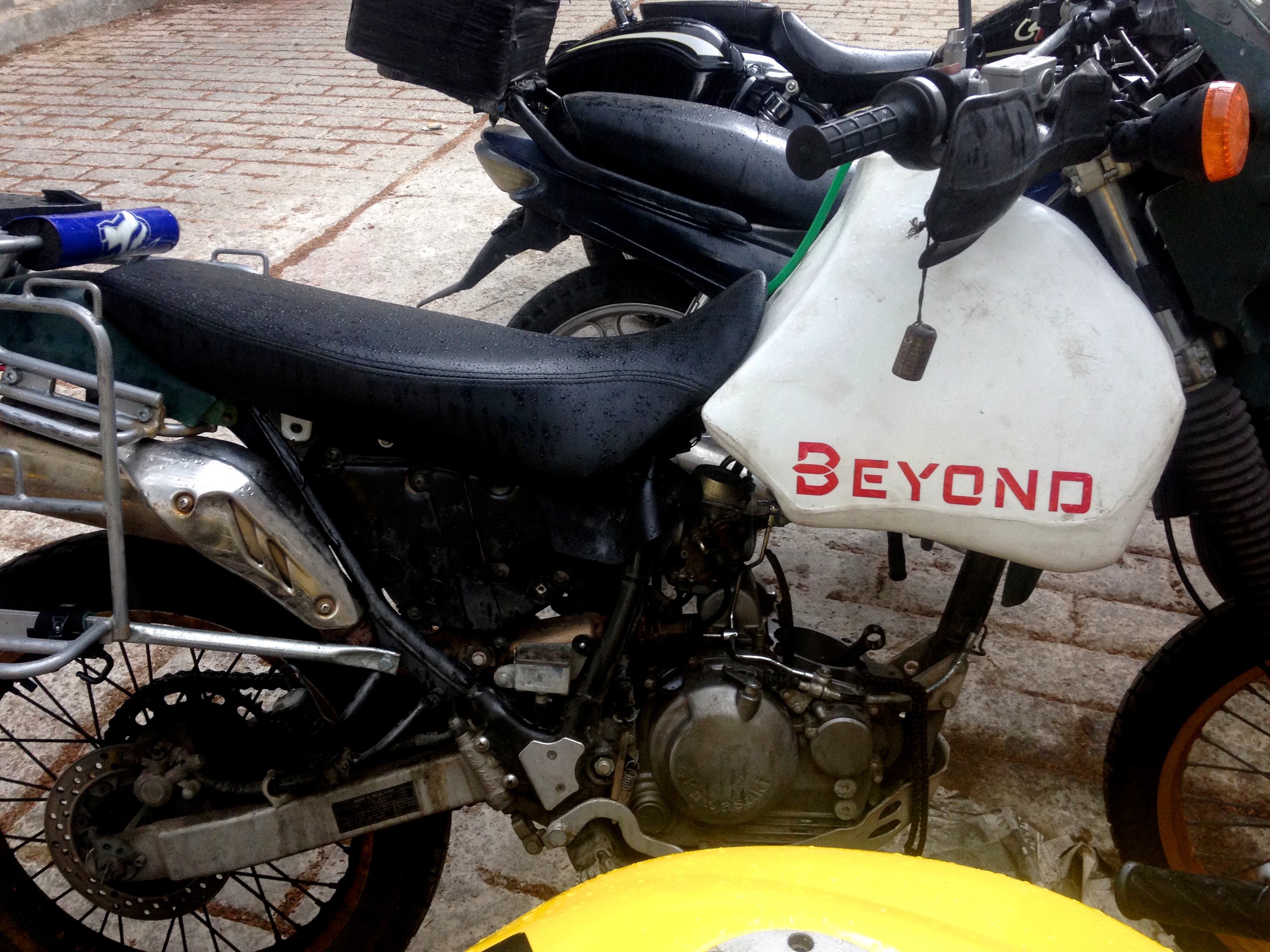 The motorcycle with no heart

Ugg not a good answer. lander has told us of an awesome lagoon to go to, so we decided to go out to the lagoon for a couple days to think on our options and let the dust settle from the break down. 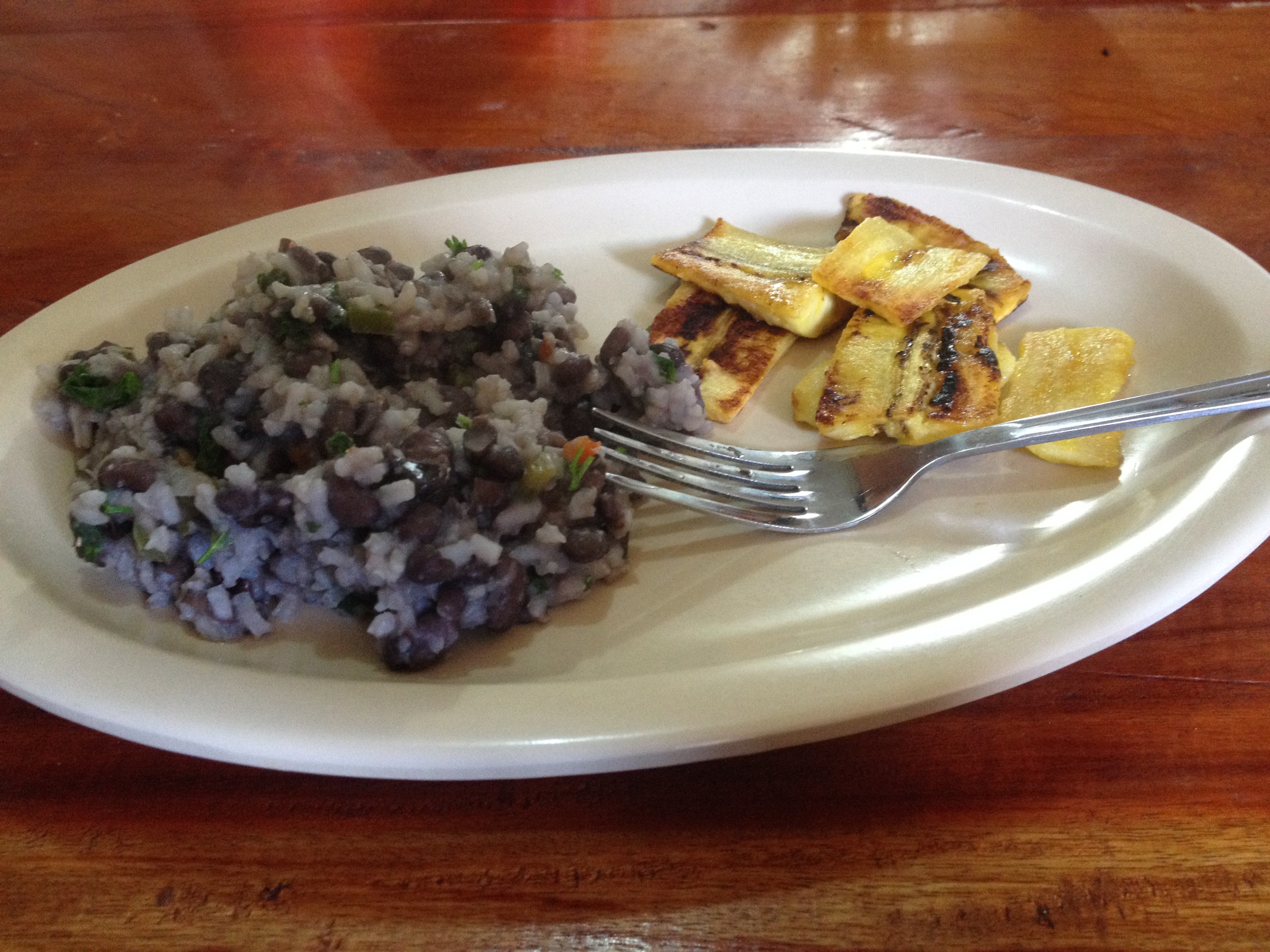 Arriving on Saturday kept us from getting the bike to a shop until Monday. The sound was horrible and we didn’t even try starting it again  because we knew it was bad, it is now parked in Lander’s garage safe and sound. It’s feeling like we will be enjoying San Cris for a while. Regardless of the bike situation I was excited to be staying with Mateo’s cousin! We went down into town and found Laura who was still there selling jewelry and she had Inada. Lander is funny and smart, he has a job working at a government owned community farm. Laura is really sweet, they both have really kind and welcoming hearts for Mateo and I. Inada is super cute and smiles all the time even though she is teething, with four upper teeth coming in. Where they live is about 3 kilometers out of central San Cris, in a quiet little nahborhood, we were able to set up our tent in the back court yard on the roof of some other apartments. In Mexico it feels like there are very little homes that are completely finished, with Mexico’s lack of building regulations many people start building get one section/level done and then move in and keep building up. Where we were camping seemed like a section that could still receive a second floor. Lander and Laura’s place is complete with a spacious kitchen and bedroom. They are vegetarians which I am stoked for, we haven’t been eating too healthy since being in Mexico. I found out later that they are both awesome cooks as well! We took the bike to the shop on Monday the guy says to give him a couple days and come back for some answers. We are in limbo again, we both know this feeling from when we broke down before. Maybe it is just another 400 peso fix, maybe we won’t be so lucky this time. Riding on a motorcycle is a very stress free way of travel, we just get on the computer figure out our route find a place to stay at the end of the route and pack on our bags and we are off. So the thought of leaving the bike means we have to figure out bus schedules times and stay more in the cities. That would bum me out. 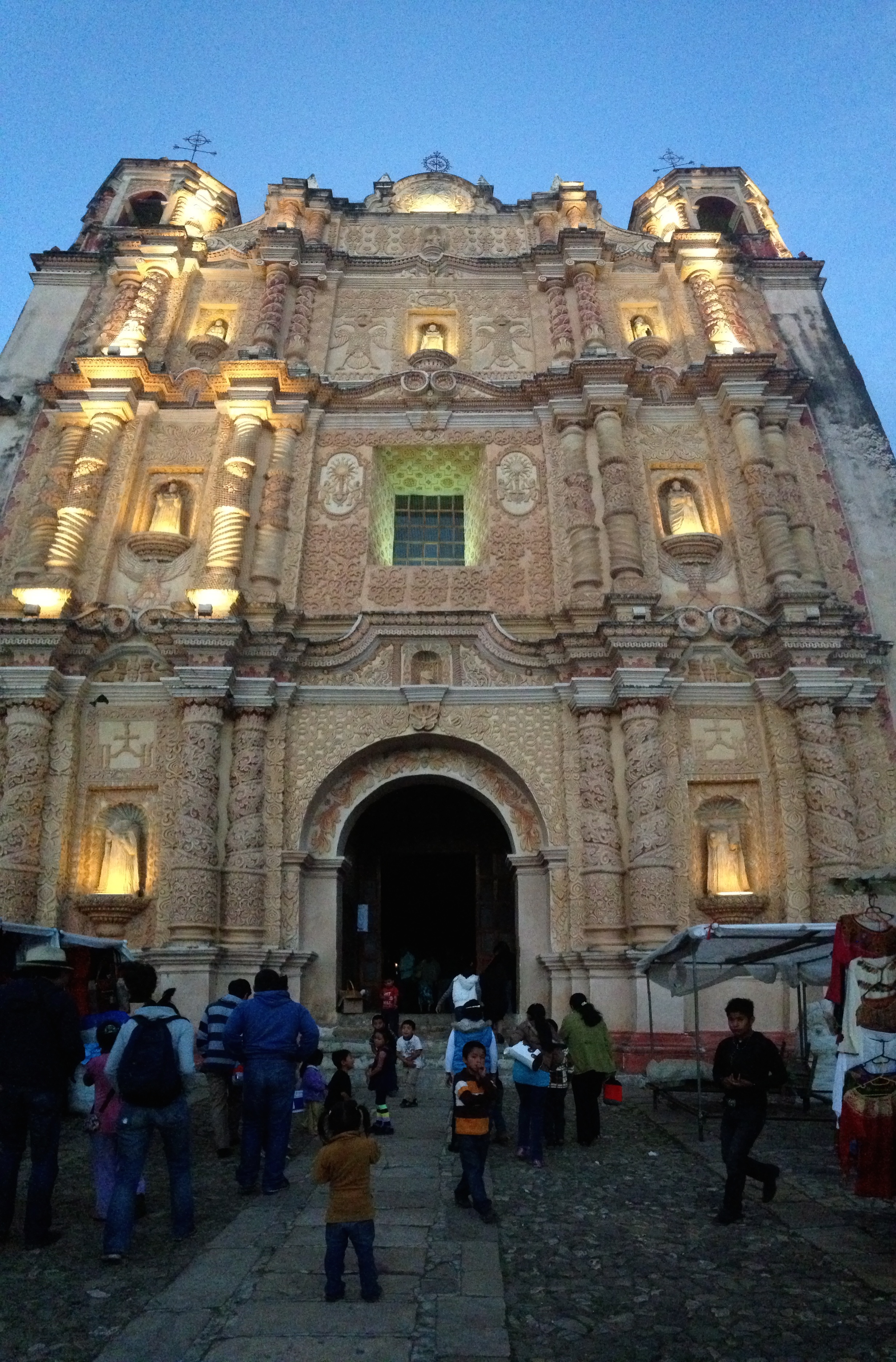 An awesome church in the city central