I wish noon would show itself faster, hopefully we have our tickets for the boat.
We go to breakfast at the ‘house of bread’, recommended by our hostel owner. Best breakfast and cheap too, the bakery was more in the local area. We found a Internet cafe and dove in for a while, I needed to email our hotel to notify them we would be late arrivals. The internet is so slow here, luckily emails send quickly. The game is at 3 and opening ceremony start at 1, I like soccer but I don’t find it as entertaining on television as the real thing. 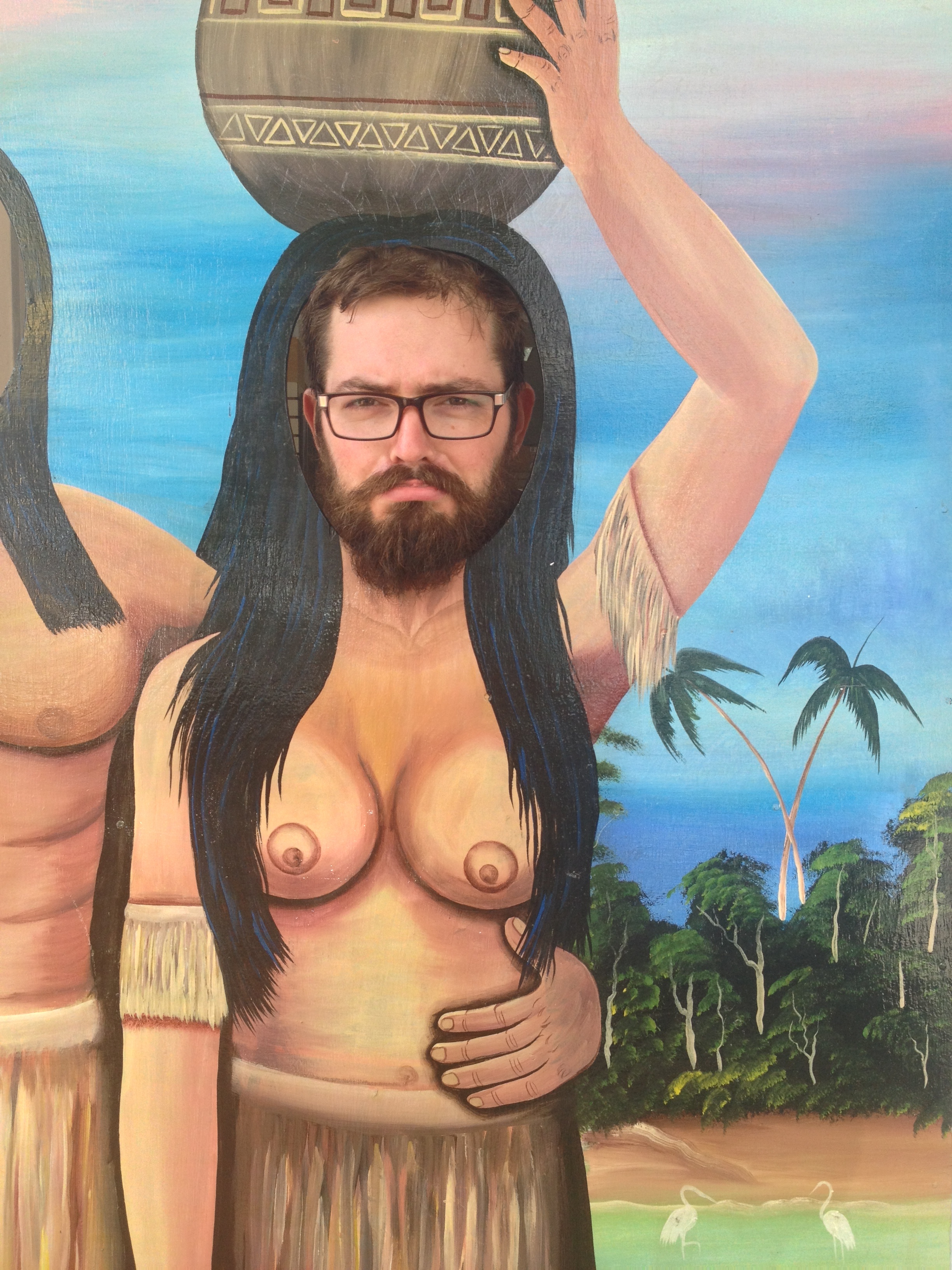 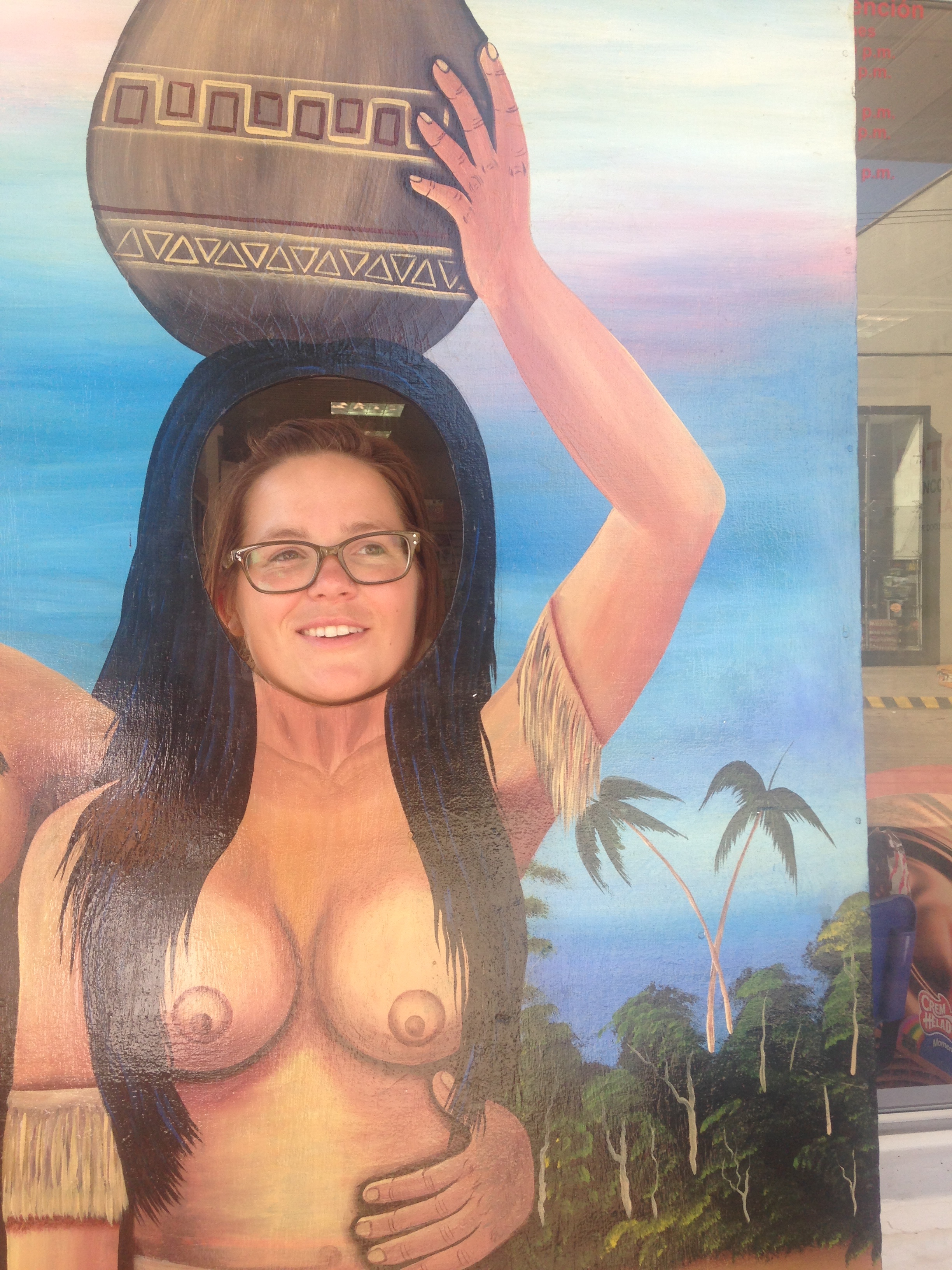 Sitting in the stands celebrating with the people around you, booing at the bad calls. Instead of waiting on our tickets we make our way down to the ticketing booth, to see if Carlos was able to pick up our tickets. As we approached he smiled, he was able to get the tickets, sigh of relief! In addition to getting our tickets for the boat he had a bit of a refund for us as well! We tipped him extra money, we have to be in Tabatinga tomorrow at 7, the time changes right as we cross the border by an hour. We viewed the Amazon for the first time, it was wide and murky. A delicate brown color, many boats where floating around dropping off people and picking them up. The rain had started and it was raining really good. We had a tuk-tuk deliver us back to the hostel to avoid the rain and to deliver a gift our hotel owner Thomas’s son Danny, he informed us when he met us that his birthday was only a couple of days away. When we were in town we perchessed him a World Cup soccer ball, this option would last his longer than a Colombia jersey.  He was so stoked to get the ball, and just before the start of the opening ceremonies.  We found a local bar and settled in do the duration of the game. 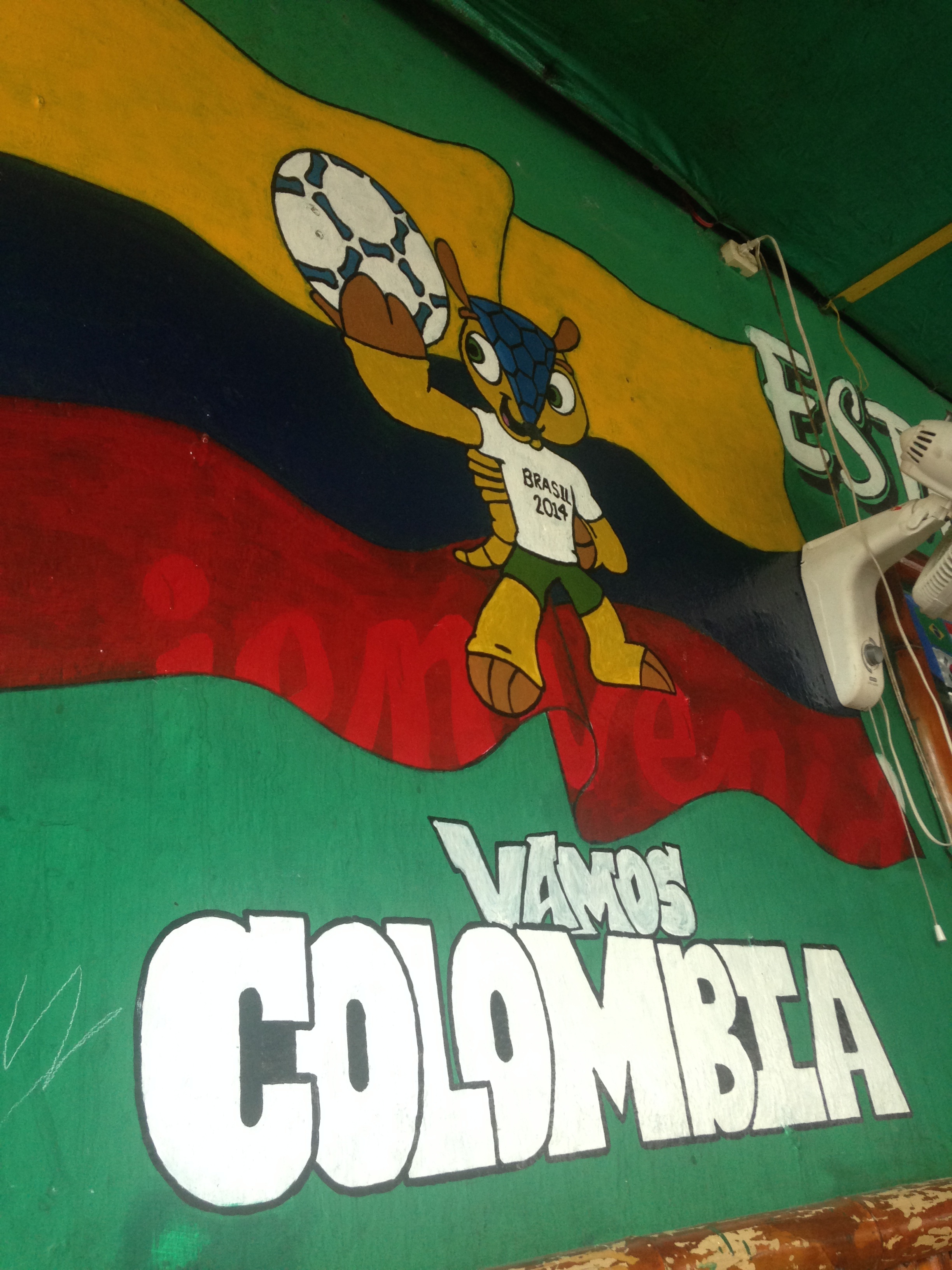 The only thing we have to concentrate on now is that alarm that will go off tomorrow  morning to get us up to go to the boat, also known as lunccha.  Thomas will call a taxi to pick up up, my favorite mode of transport is tap taps, they are so much fun. 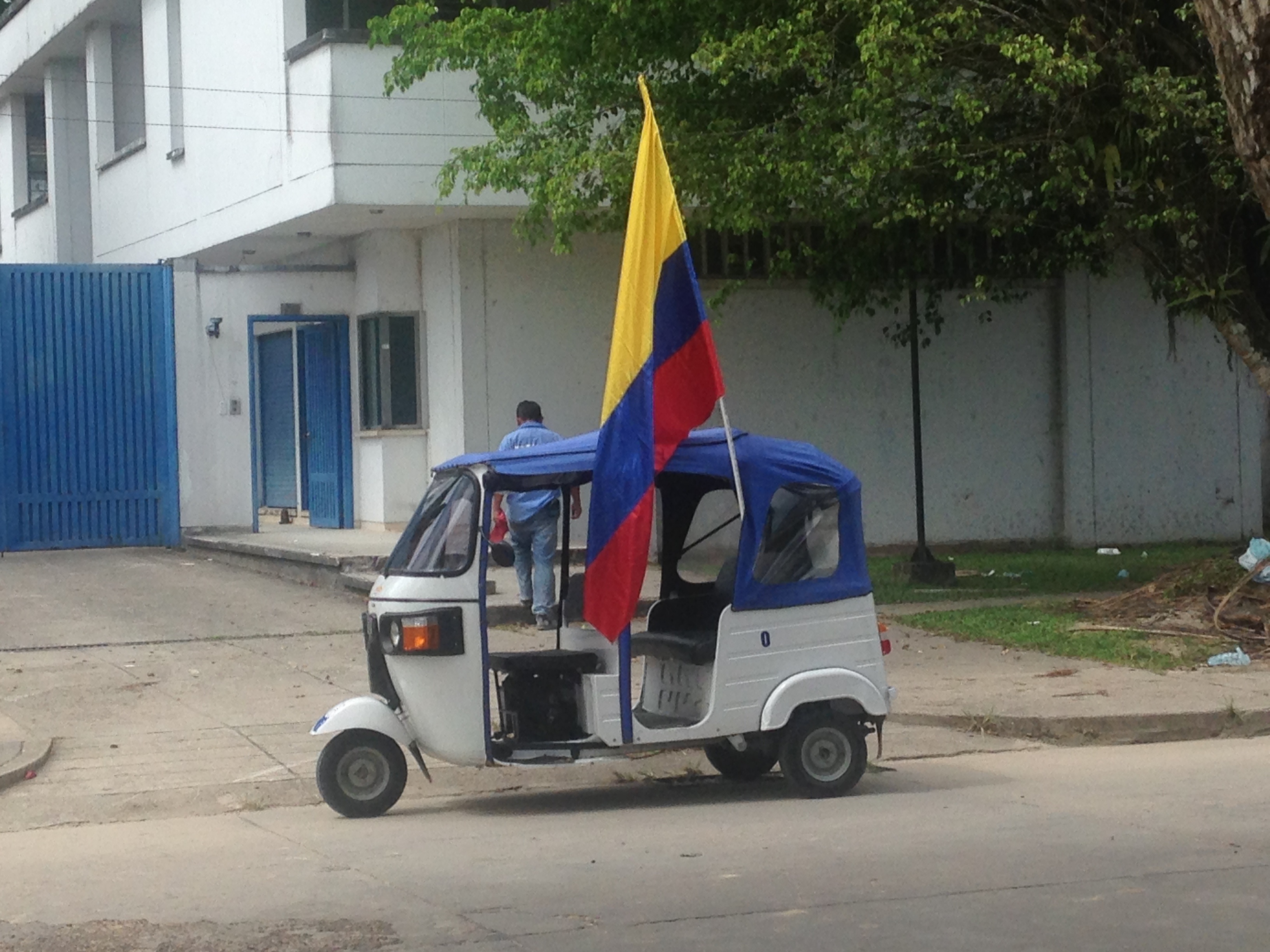 Tuk Tuk take us some where 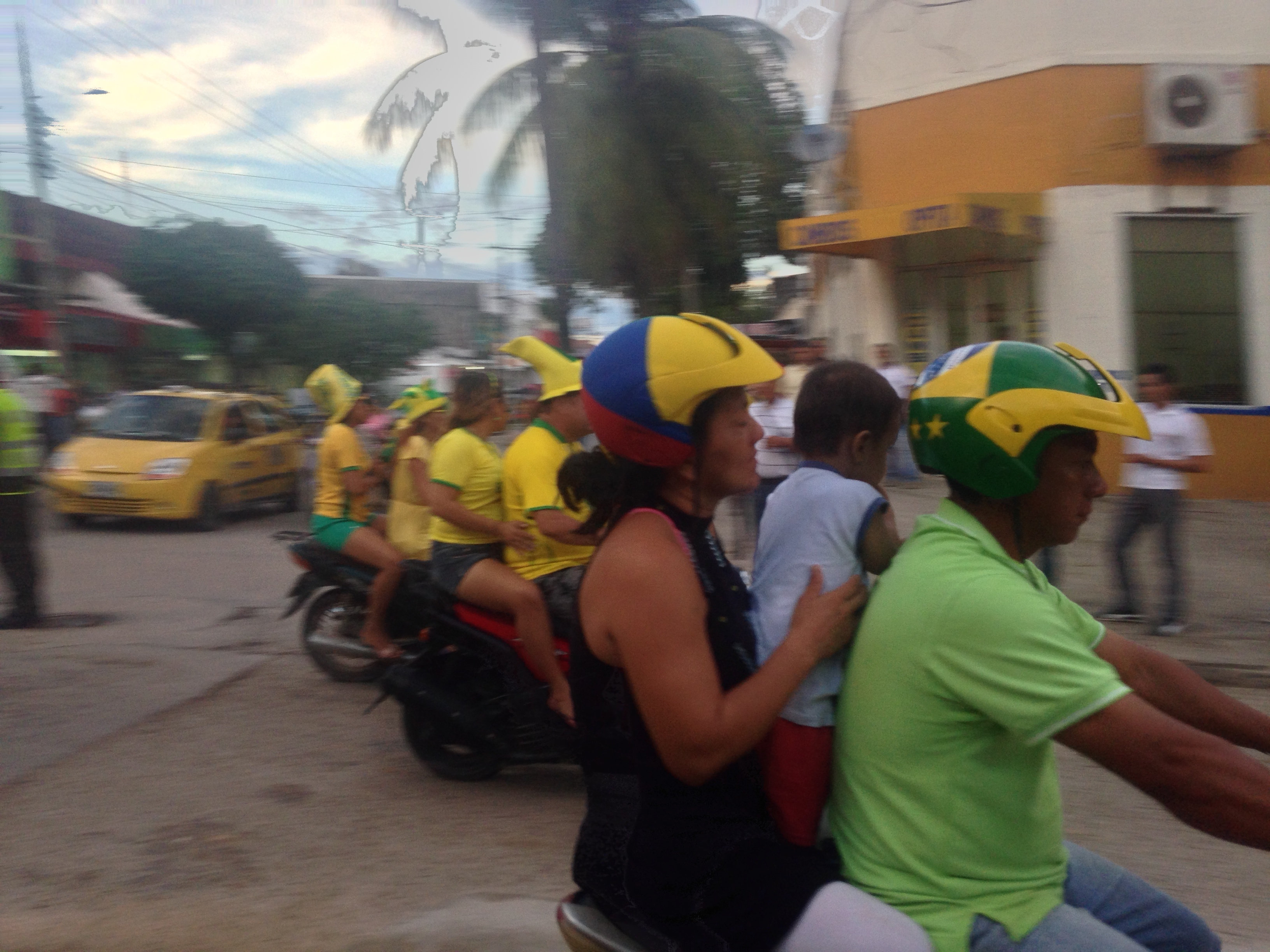 babies ride motos around here too 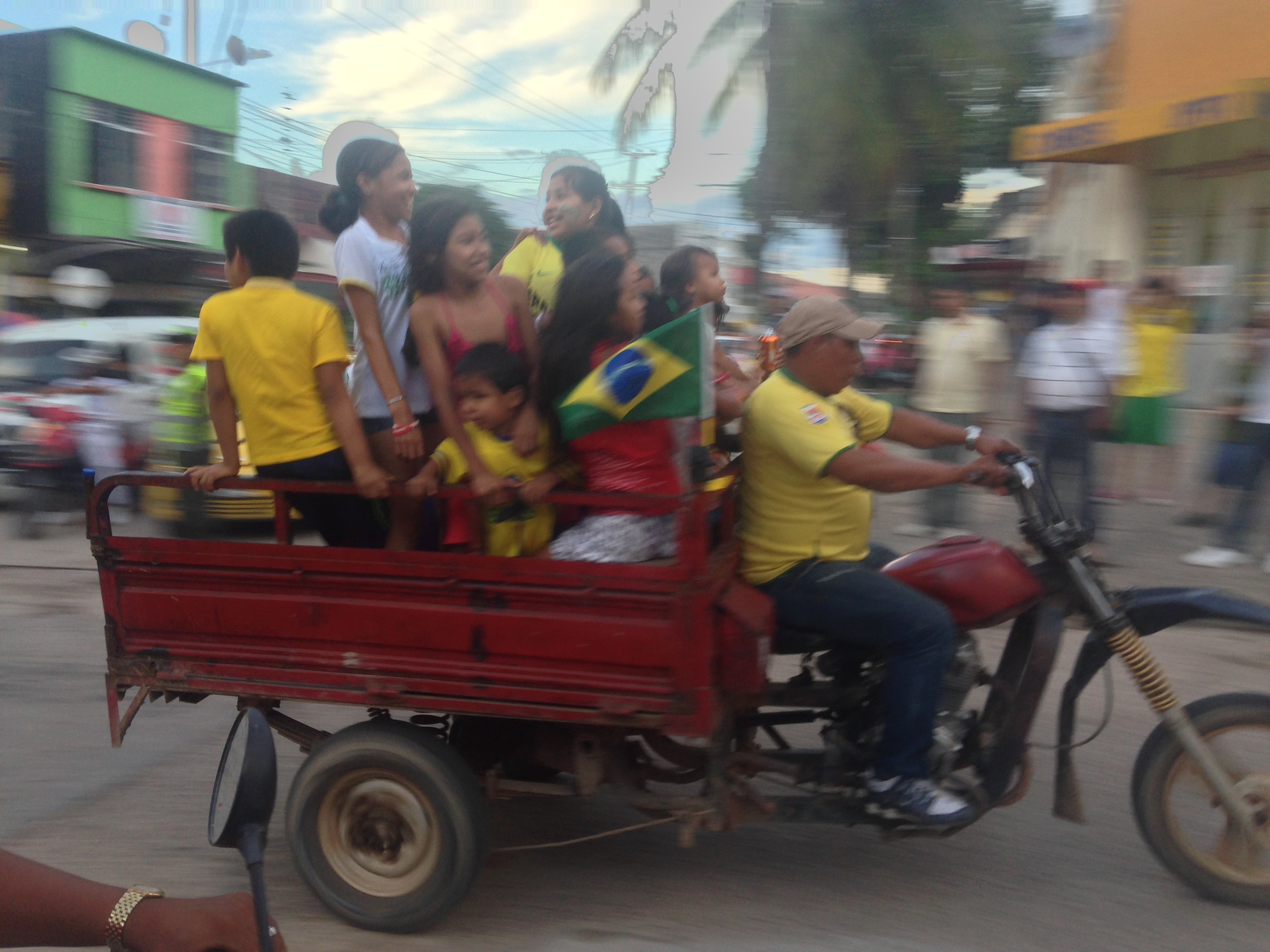 the impromptu parade after Brazil won their first game