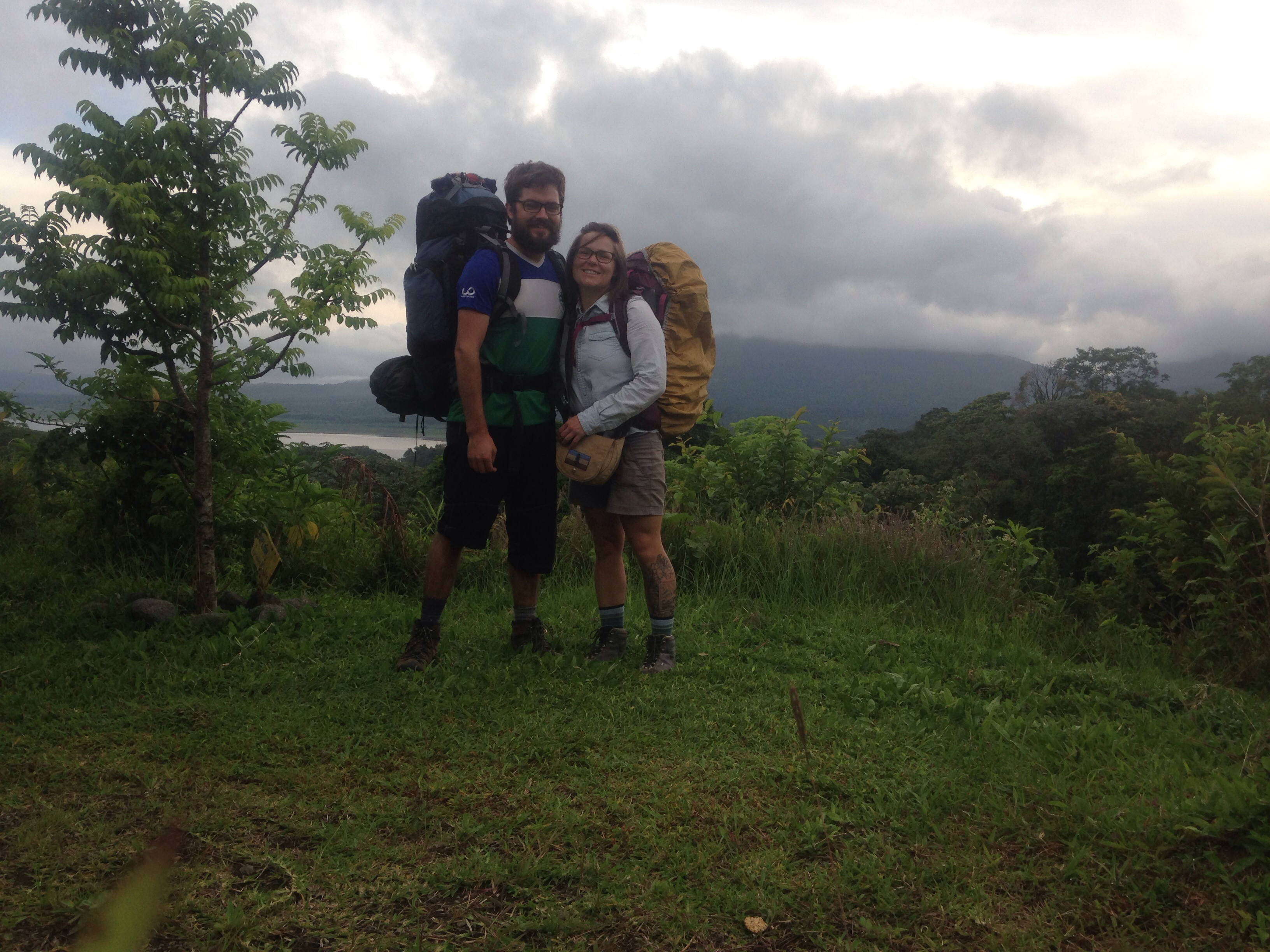 One thing with tours is that you really have to know what you’re getting into. Yesterday morning we singed up for this jeep boat jeep tour, sounded romantic, taking a rugged jeep, and then going across the lake, and getting on to another jeep. Then looking into it further we both realized that the first jeep would take us on to the north side of the lake, we were already on the south side, then hop a boat across the lake, and then end 25 kilometers from where we were currently, and it was $60. We woke up early, packed our tent up, hiked to the hostel and informed the hostel guy that we would need to cancel, I felt embarrassed. It wasn’t a comfortable feeling to cancel the morning of 2 hours before the shuttle was to show up and take us to the jeep, but Mateo and I saw it as reasonable to not spent the money and to only finish 25 kilometers away from where we started. 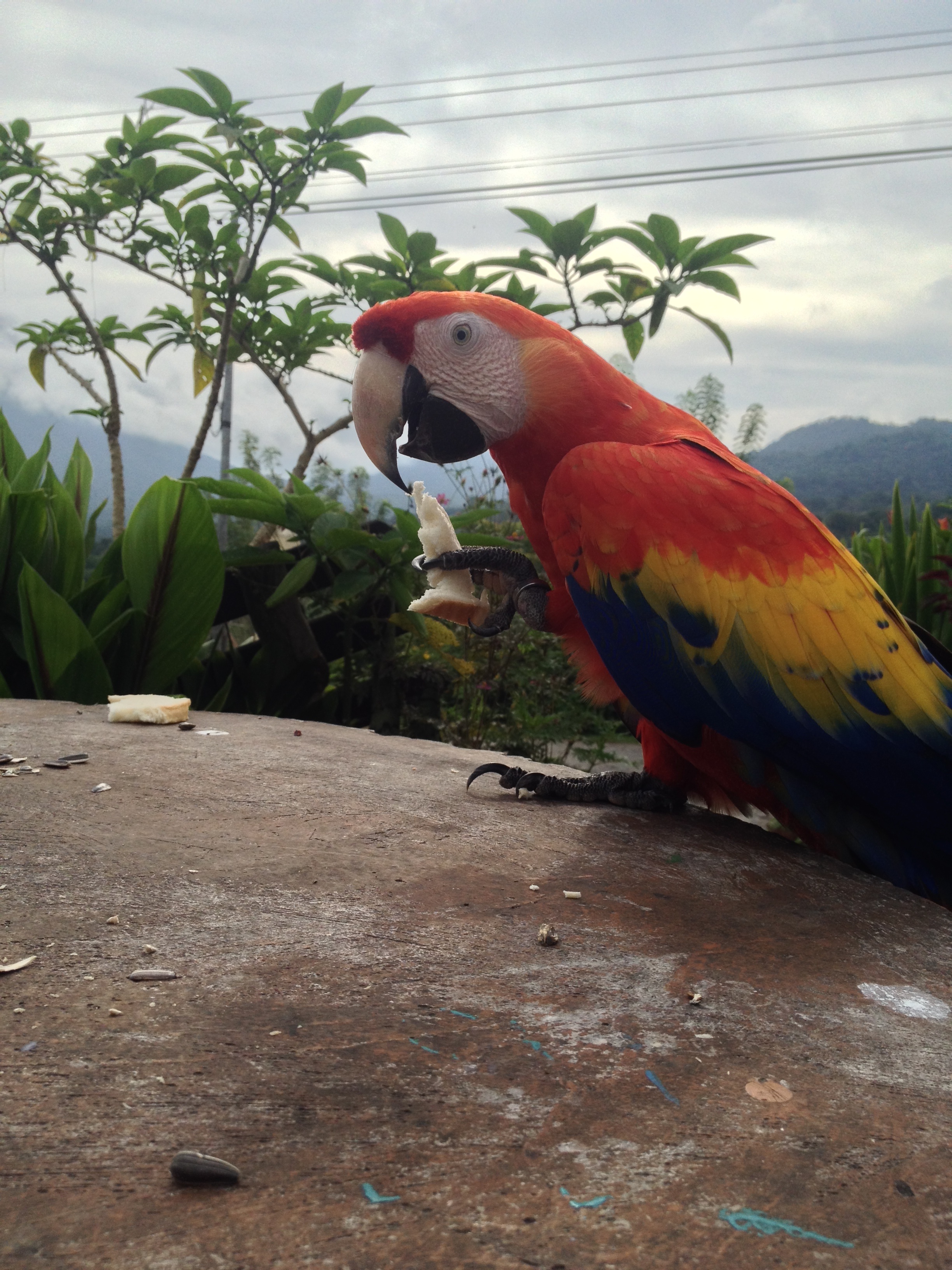 We drank coffee and caught a different shuttle in to La Fortuna, ate cheap breakfast at a recommended location, had the best orange juice of my life, and went in search for a black tank top for me or a swim suite. I didn’t find either, to save room in my pack I normally swim in a black sports bra and matching black bottoms. I’m starting to want a swim suit so I hope to find one by the time we reach Panama, it would be great to get rid of some of my shirts as well. They all are a bit worn out after almost three months of travel and a lot of hard work. What we did find was a hair cut. Mateo wants to avoid looking too scruffy, and he has decided too keep his beard until the end of the trip, so keeping up on his hair helps with the heat and him looking not so scruffy. We get on on our connecting bus to the capital, San Jose! Mateo and I have developed this way of getting on the bus so we sit with each other, I take the small bags and what ever snacks we have, find us a double seat and he gets the bags put under the bus. It works well. It should have taken us four and a half hours to get to San Jose. It always seems to be a bit longer than what the schedule states, the bus is making several stops along the way, picking up and dropping off people. Then the bus stops for several minutes and people start getting off, it seams like all the foreigners are staying on the bus. 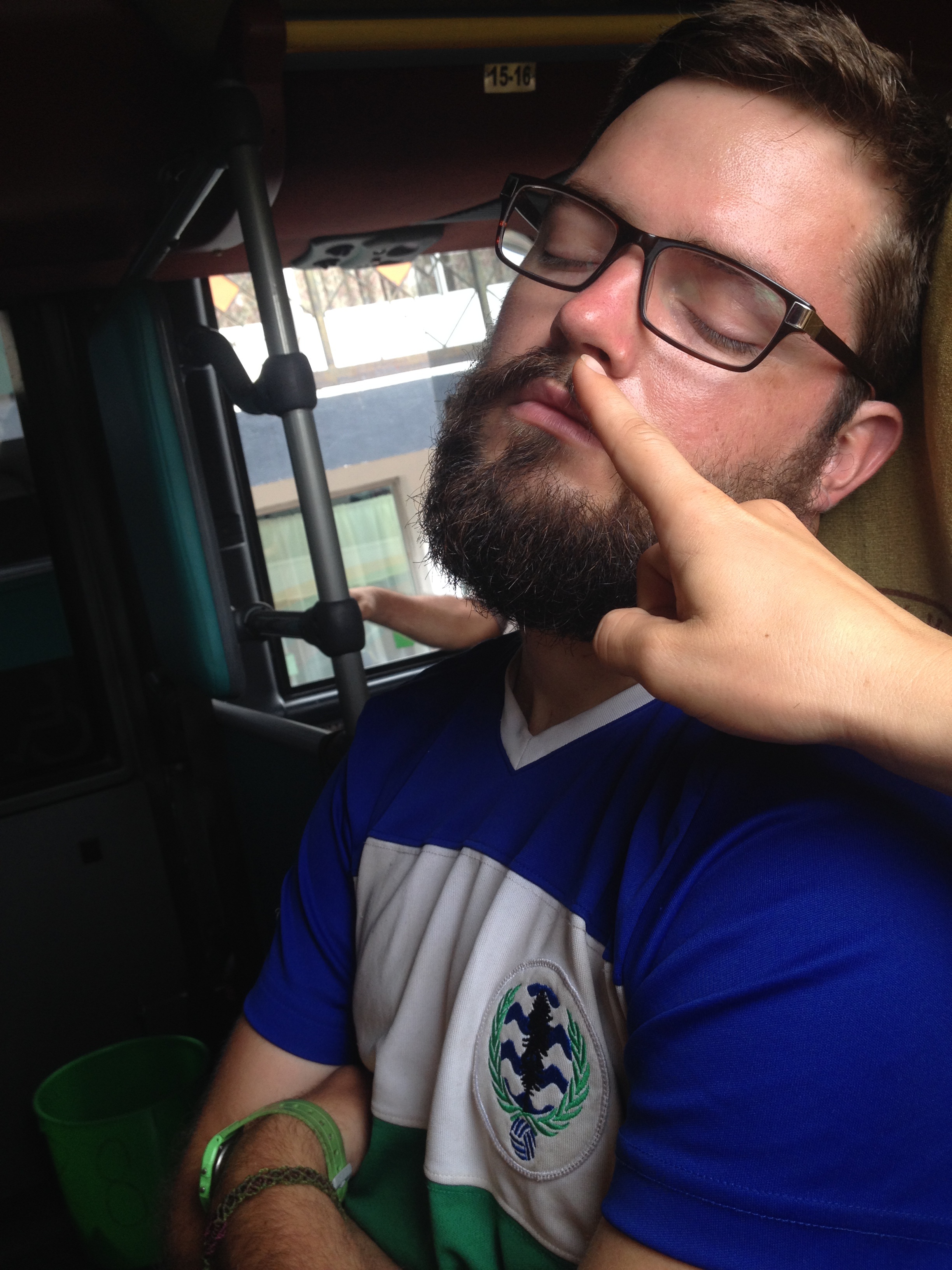 We have heard stories of busses catching on fire and this French guy not knowing a thing about it because he was sleeping and listening to music. Then one of the girls getting off the bus says in English the bus broke down or something. That’s when we all start to pile off and get our bags from under the bus and find a cozy rock to sit on until the backup bus comes to pick us up. Many people who were on the bus call their friends to come and pick them up. I spent the time trying to convince Mateo that we should hitch hike, we had good luck last time. He was convincing me to be patient. Patience is not my strong suit, after 30 minutes another bus arrived and we continued south to San Jose.

We arrived in San Jose several hours later. It was dark out yet the city was alive and kicking. I haven’t been in a city where the streets are clean and with no dogs for a while. We walked to our hostel Mateo had booked the night before. It was in the historic district close to the University. Wow! This is the nicest hostel we have been in to-date, the one in Matagalpa was nice but this hostel was once a old mansion and now a hostel. Really beautiful. It also has an awesome kitchen so I’ll be making use of it! I have really missed cooking for myself, out side of the expense of going out to eat, I like to cook, it relaxing and fun for me.