On the road again, going places that I have never been…

One of the best parts of this trip has been all the new places we get to see everyday. After packing up again, we took off but first enjoyed our hopefully last meal from Carmen and Ana. Sopes, amazing once again. We will miss Brenda’s maids, Mateo has told me that the relationship between Brenda, Carmen, and Ana is special, but you can really see it. That they are well cared for and not as some lower class. I wished I could see more of this, people being valued as people and not as a lower class. Which is what normally happens between classes, maids are often expendable. 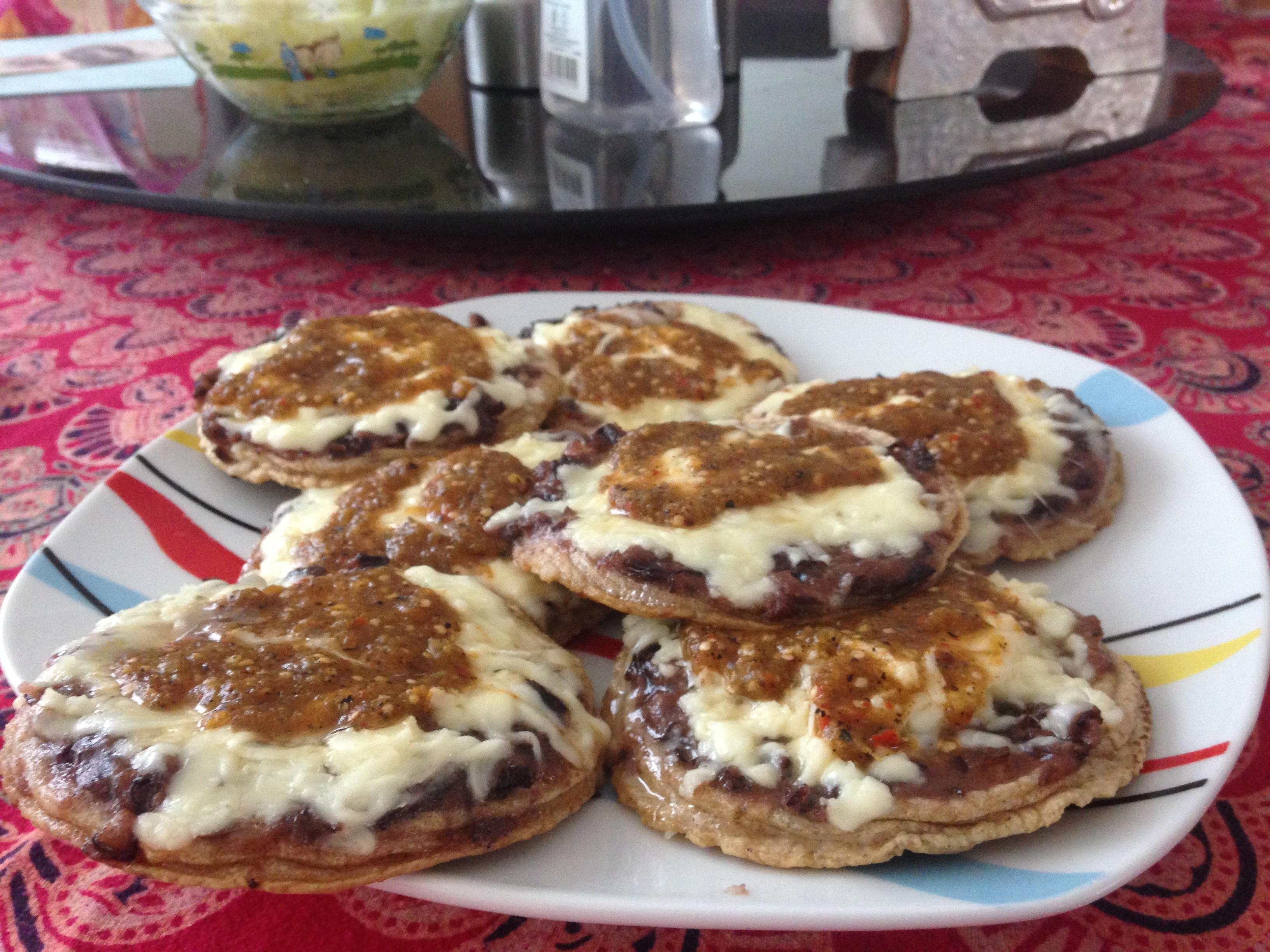 So we set off, after saying our goodbyes again. Our next big stop is in San Cristobal de las Casas where Laura, Lander and baby Inara live. Lander is Mateo’s oldest cousin from Brenda and Kurt. It has been excellent to stay with people who are constantly speaking Spanish, our Spanish has improved. I am more willing to try with strangers using my Spanish. Mateo understands plenty more than I do so I have fallen into the habit of just letting him do all the talking. But slowly I’m starting to initiate conversation with random people. It is difficult walking into a conversation knowing (not always true, but with high probability) that it is going to be difficult and inevitably some miscommunication will happen. Knowing how much I just smile and nod, it would not surprise me if people do the same to me. One thing I do try to do is cut all of the English slang out of my speaking, it needs to happen anyway. Doing this makes conversation much easier even with Spanish speaking people who speak excellent English.
I felt the moment we left Celaya the ride was up hill. This means we went slower than the usual slow place of the bike. It was super over cast, so it felt cold with the wind. 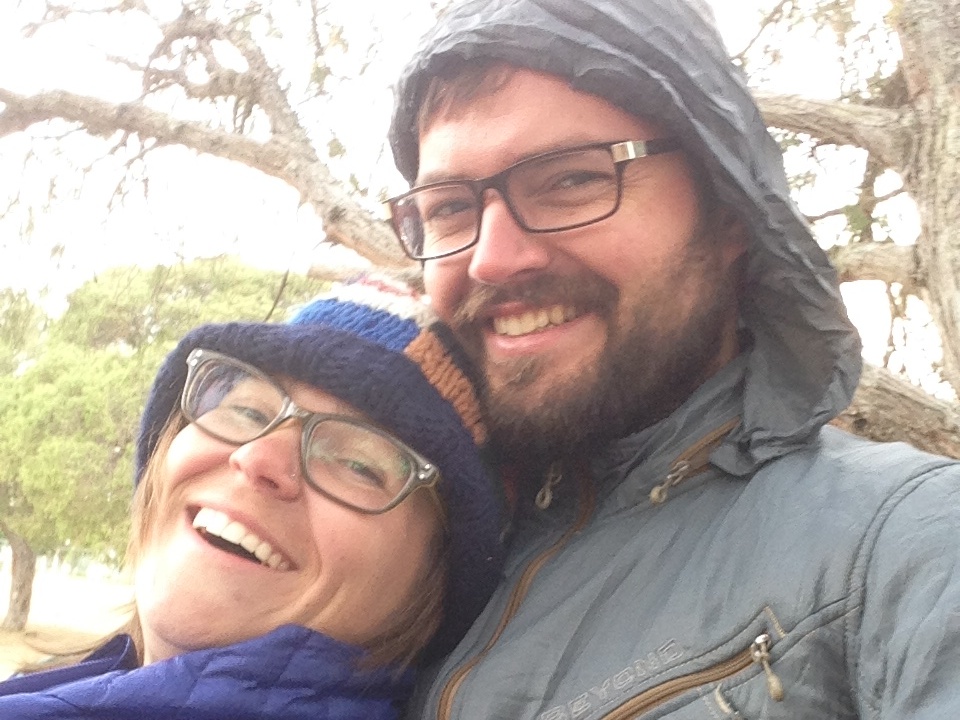 This is what happens when I get cold!
haha hat thief strikes again!

I get cold really easy, Mateo is a furnace most of the time but by the end of the day he was even cold. Today seemed like a longer drive than normal with the lack of speed and delayed departure. Our route took us in to the state of Hidalgo, this is where Pachua is and just beyond Pachua is where we are to find the basaltica rocks. At some times in the year there is a water fall that runs over the rocks, but it is not rainy season. I have really started to enjoy riding much more. The pass we where heading up was really winndy, These winndy roads I used to have to shut my eyes on and just hold on to Mateo, now I’m enjoying the contours of the road and trust not just Mateo more but also the bike. We arrived in the town and follows the GPS even further to where we had pinned on the map. It was looking like the end of the road was coming up quickly. In a rush to leave we hadn’t picked a definite location to camp. Both of us were excited to set up camp again. Staying in one location for more than three days makes us itch to be back on the road. Our little tent has become sort of an oasis of the feeling of a little house. It’s our little space, this tent has seen more in its short life of two months than most tents will see in their whole lives! We passed by many places that say acampamento, meaning camping, Mateo asks if I want to stop or keep going to the “location” on the map. Reluctantly I say keep going the road was getting really rough it had transitioned into dirt with holes and rocks. This always seems to happens that at the end of the day when my butt is most sore, the road turns to dirt and rocks. This dirt and rock combo is a time when Mateo has the most fun. Not wanting to end the fun I agree to keep on going. I always tend to get a little nervous about where we are going to sleep. We pass the park entrance for the Prismas Basalticos, and arrive a barbed wire fenced-in area. It has a giant sign, bigger than most highway signs, saying something about tourism. We managed to chat up a man that was oddly standing at the front gate. Is there camping here, it looks like some sort of a military compound. He waves us in so we head off to tour this area that we think is a camping area. To my surprise we see tents and a family BBQing, little cabins and a small store. As we loop around towards the entrance again it is set this is where we will be camping for the night. We find what we think is a camp site an turn off the bike. This always brings me such satisfaction to pull the bike into some where and stop for the night. We head over to the little store check in and start searching for the lookout that we noticed in our first drive by. I didn’t think we would be finding a place to camp like this, flushing toilets, showers and cut grass, a very family friendly and pedicured place to camp. It is a nice transition from pampered house to camping again! 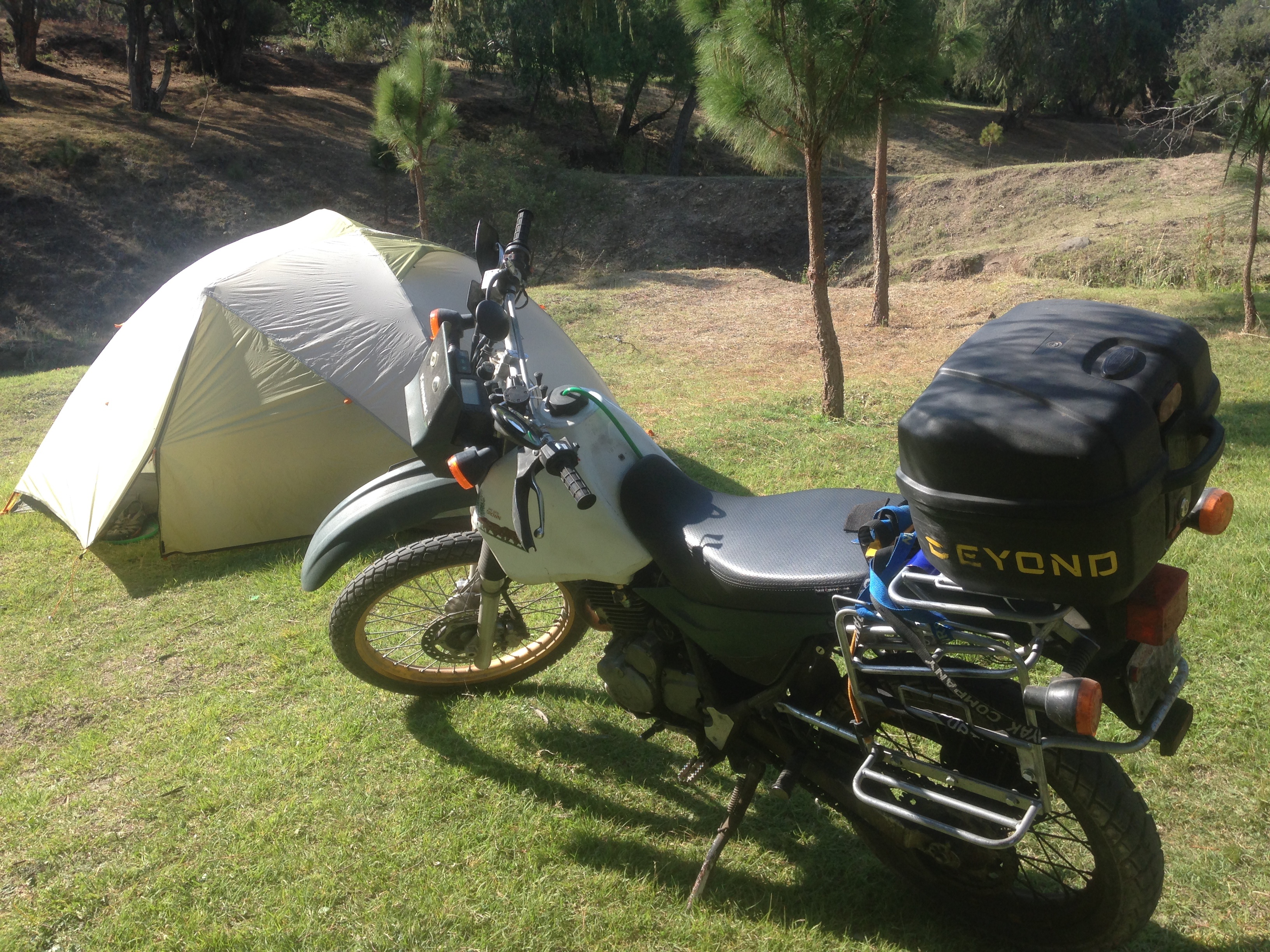 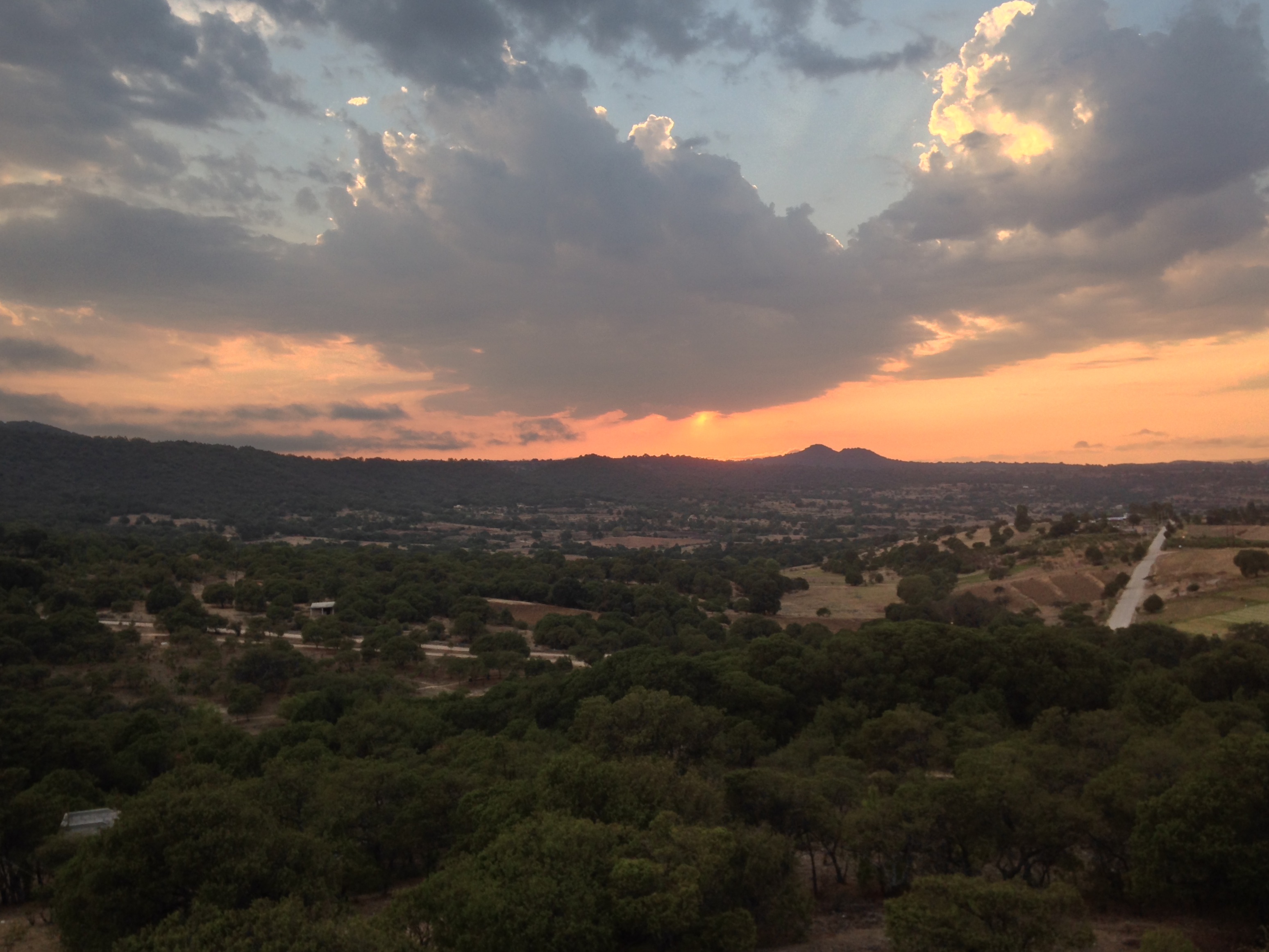 Sun setting from the lookout! 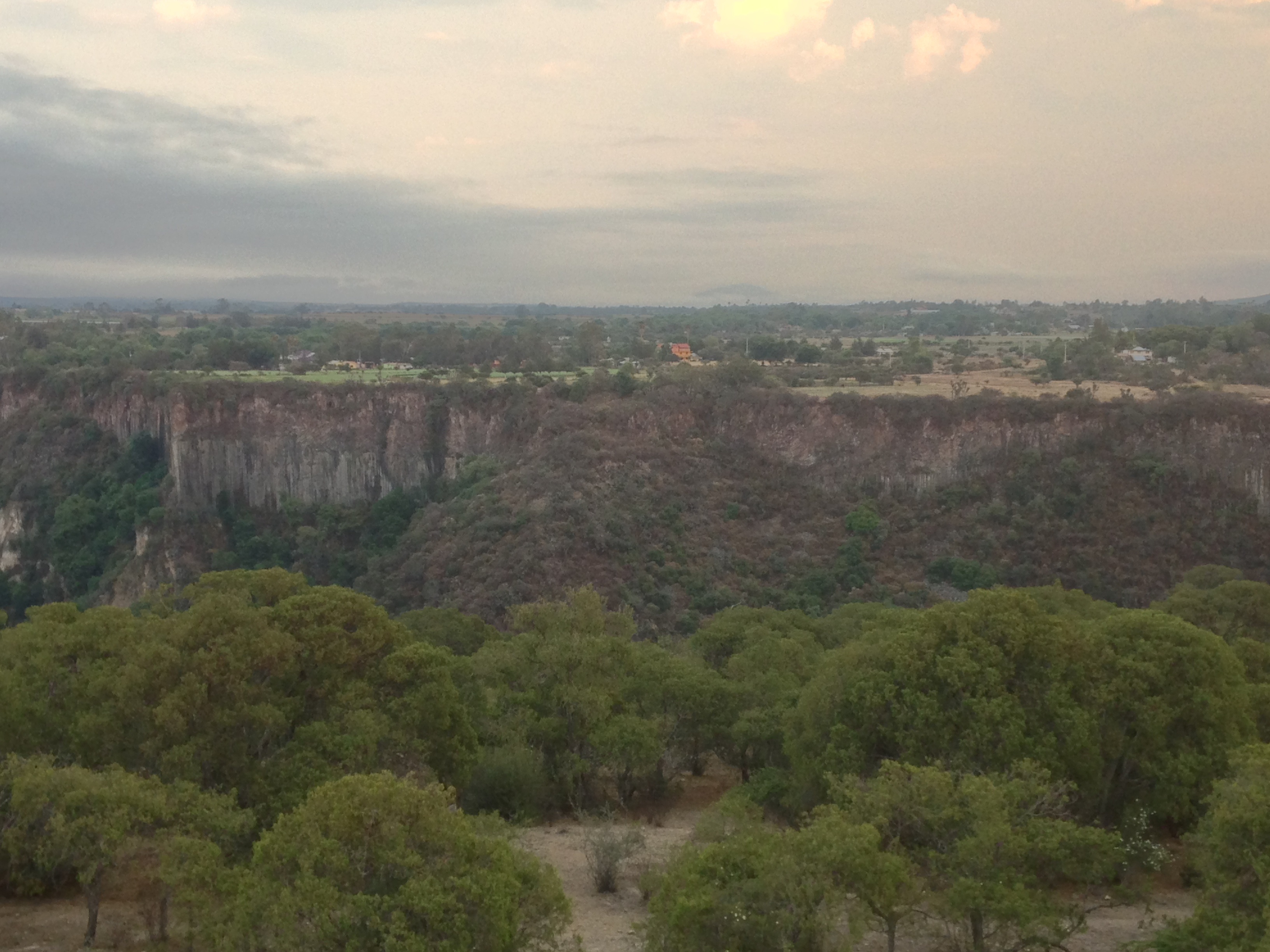 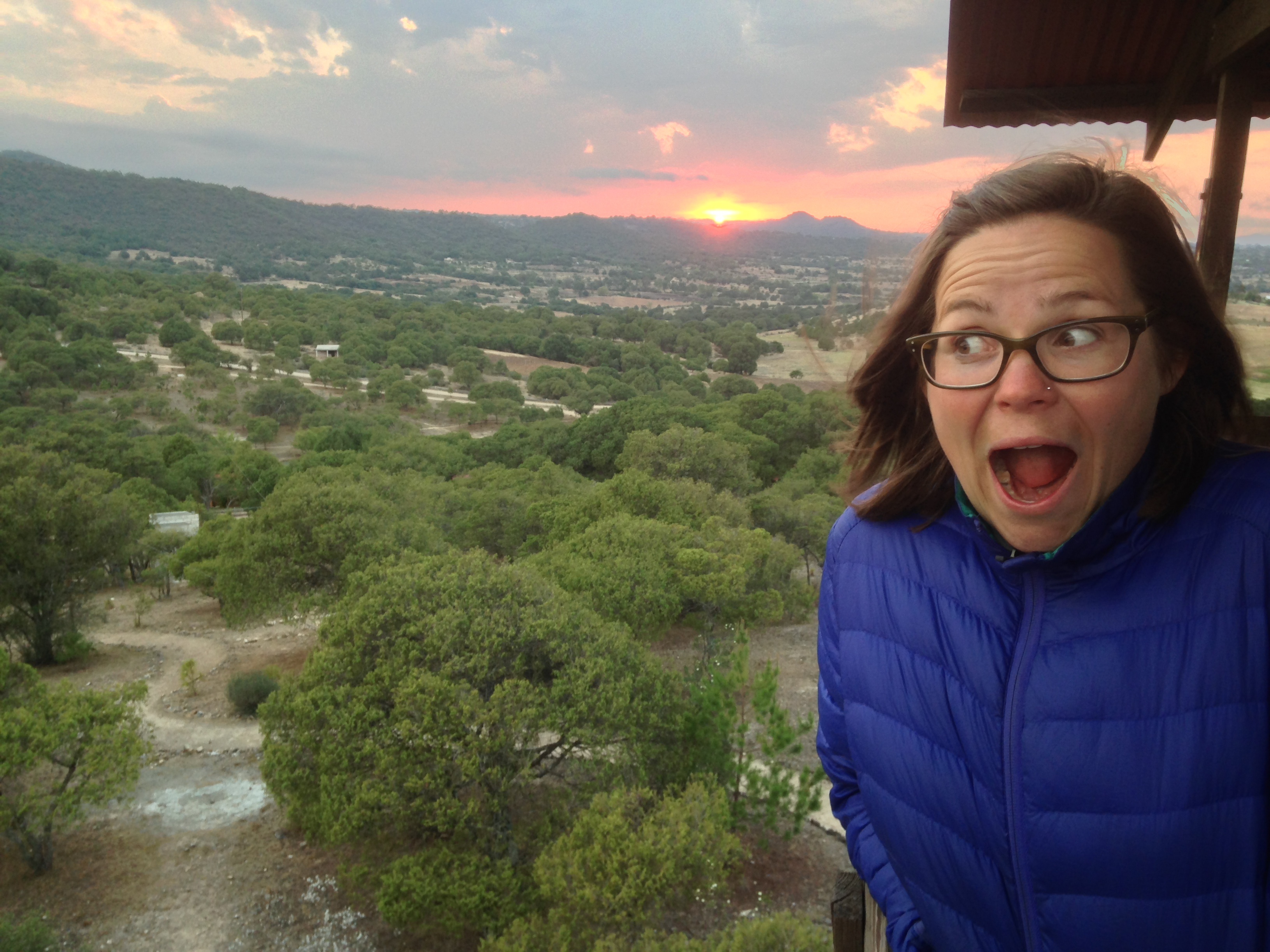 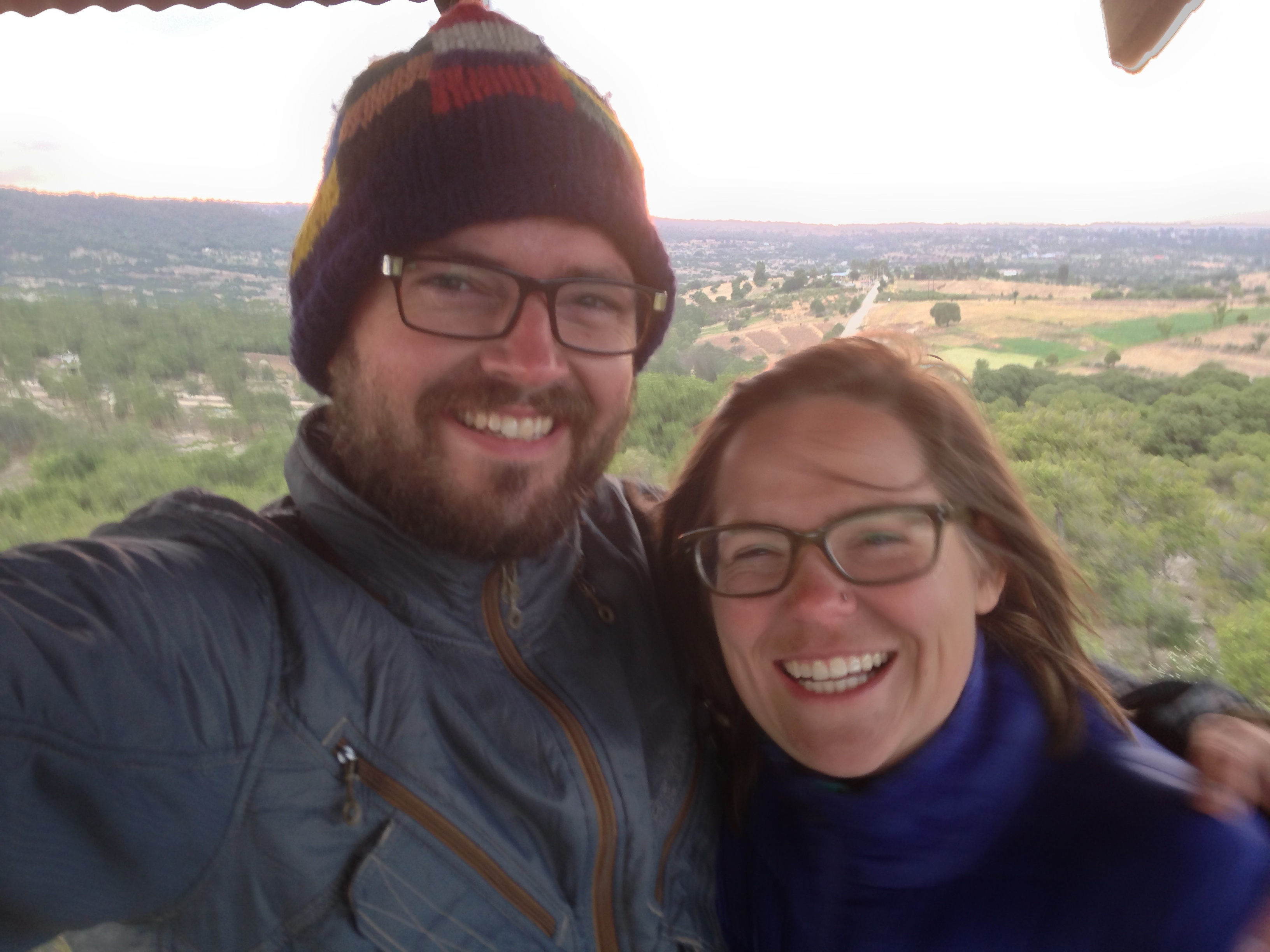 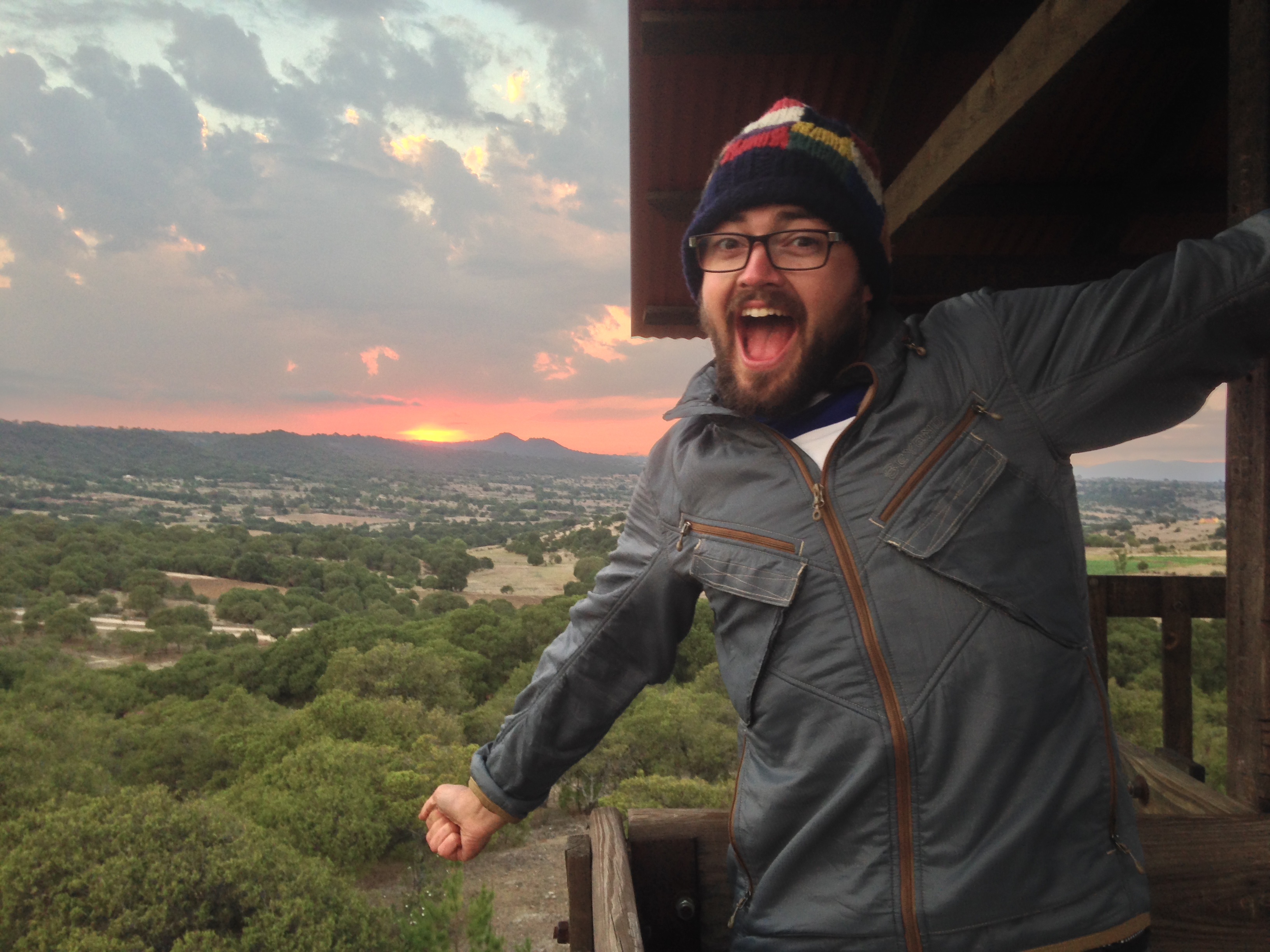