That is about 33 US dollars. The motorcycle was fixed and we picked it up early Monday morning. We were stoked, the mechanic that we used was recommend by Mateo’s family member, he said it was a quick weld, and that there was some additional noises but that it is running great. We thought it would be a good idea to take a day trip some where to make sure it was tuned perfectly. Mateo had really wanted to show me this place Gaunajanto. Its beauty is comparable to San Miegale and “questionably the most beautiful city in Mexico” says Google, so off we were. It is about a hour and a half drive. The majority of Gaunajanto streets are under ground, they used to be water drainage tunnels and were converted to road ways. It was really fun and confusing driving on them, and of course we did not have any GPS so we just went for it trying to find our way around. Our first stop was a bit out of the “city” at the San Cayetano Church. This is an historic church, the inside is fully gold plated, it is said that the man who built this church prayed to God for him to strike silver in his mine, and if he did he would build a church and make everything inside gold, meanig the entire altar to God would be made of gold. This is how San Cayetano Church came about. We toured the inside of this Catholic Gold shrine to God. It was really amazing inside, we were not allowed to take flash photography. 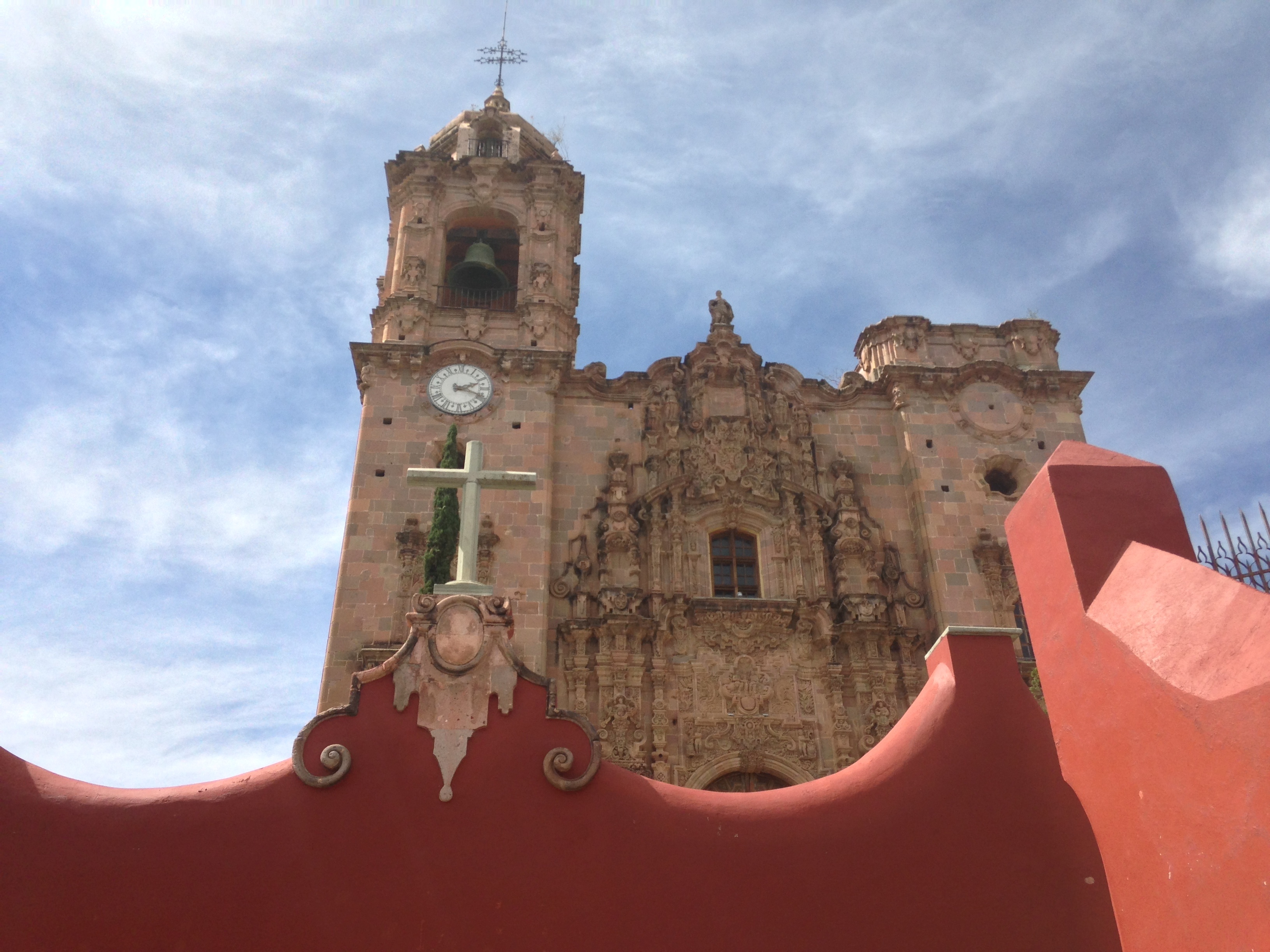 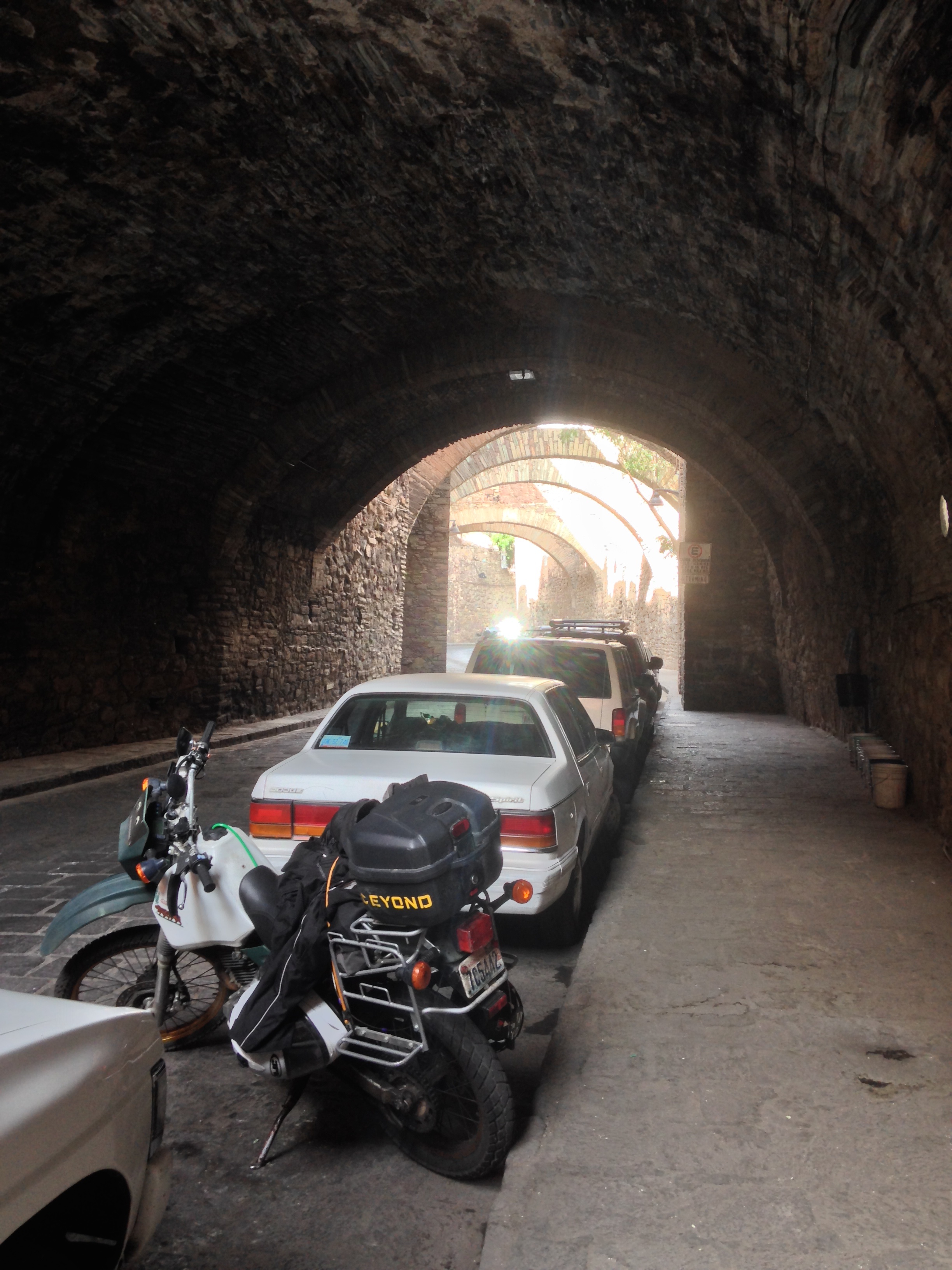 Underground Tunnels, there were many small walkways up to the streets from here.

The famous mummy museum was quickly kicked off our list of sites to see as it was getting later in the day and we have still been sticking to no driving at night rule. Mateo had some not so awesome memories from being a kid and going to see the mummies, and it was before they had formal displays, which I don’t know if they do now anyways, so he said he remembers it smelling really bad. I saw mummies in Italy so passing on the museum was not a question as the day burned on. My favorite thing to do in cities we visit is to just explore on foot and by the motorcycle. Seeing the people, checking out the architecture and eating food at shady shacks is what I find most fun.  We spent the rest of the day cruising around the city. One place I did have in mind was to see Diego Rivera house, he was a famous Mexican muralist! He was married to Frida Kahlo, she was a famous painter, she is the gal with the unibrow, self portraits. 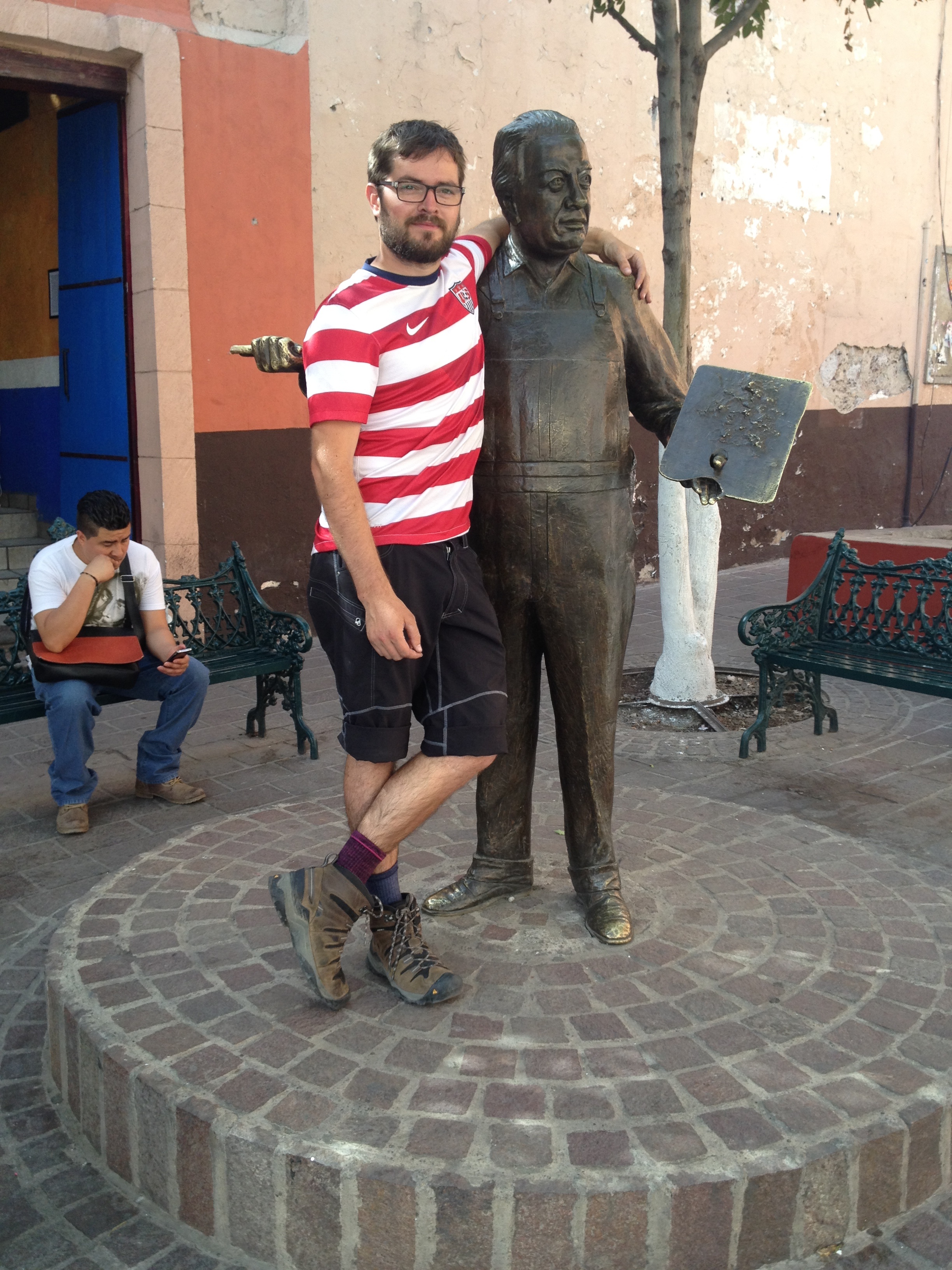 Mateo has made a new friend, Diego! 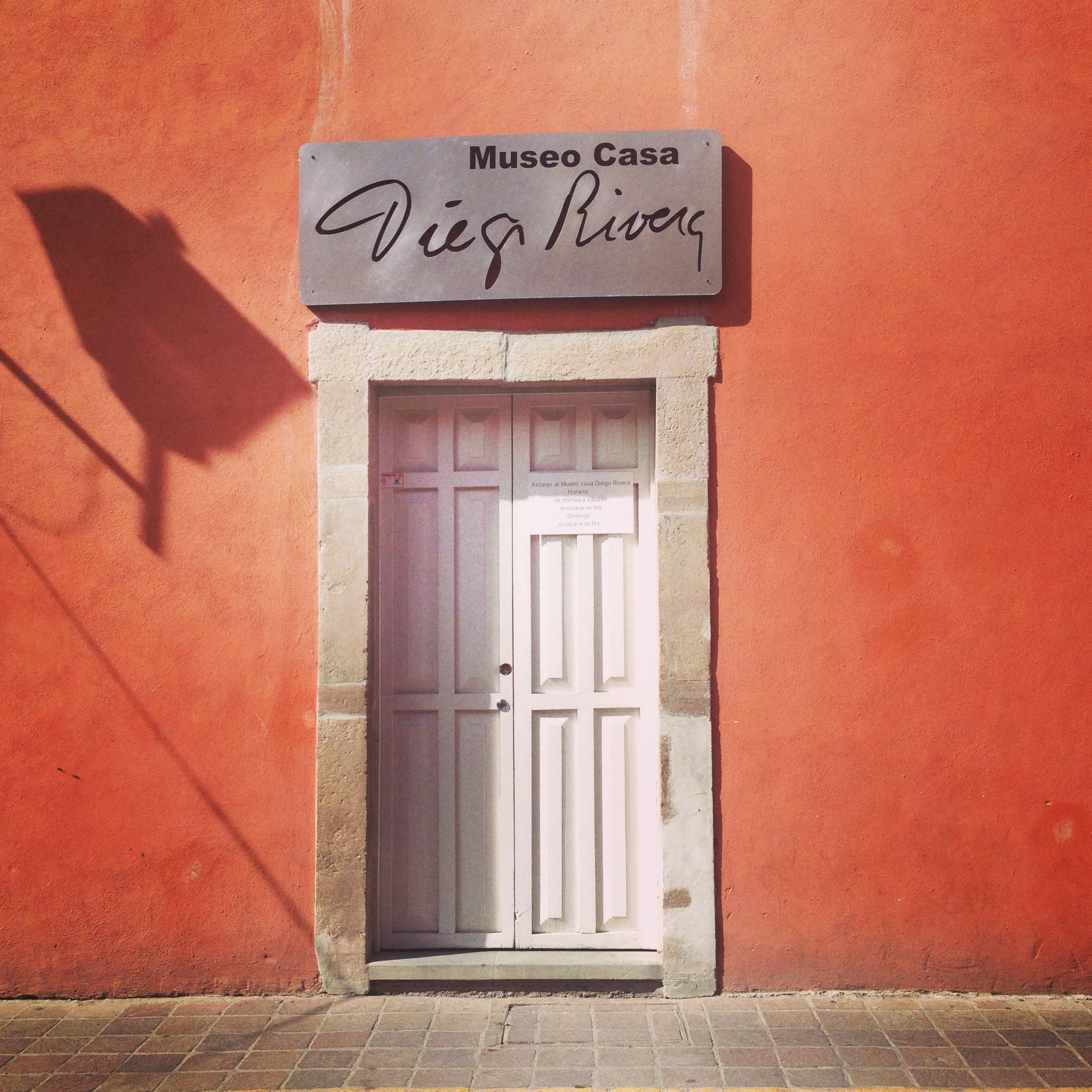 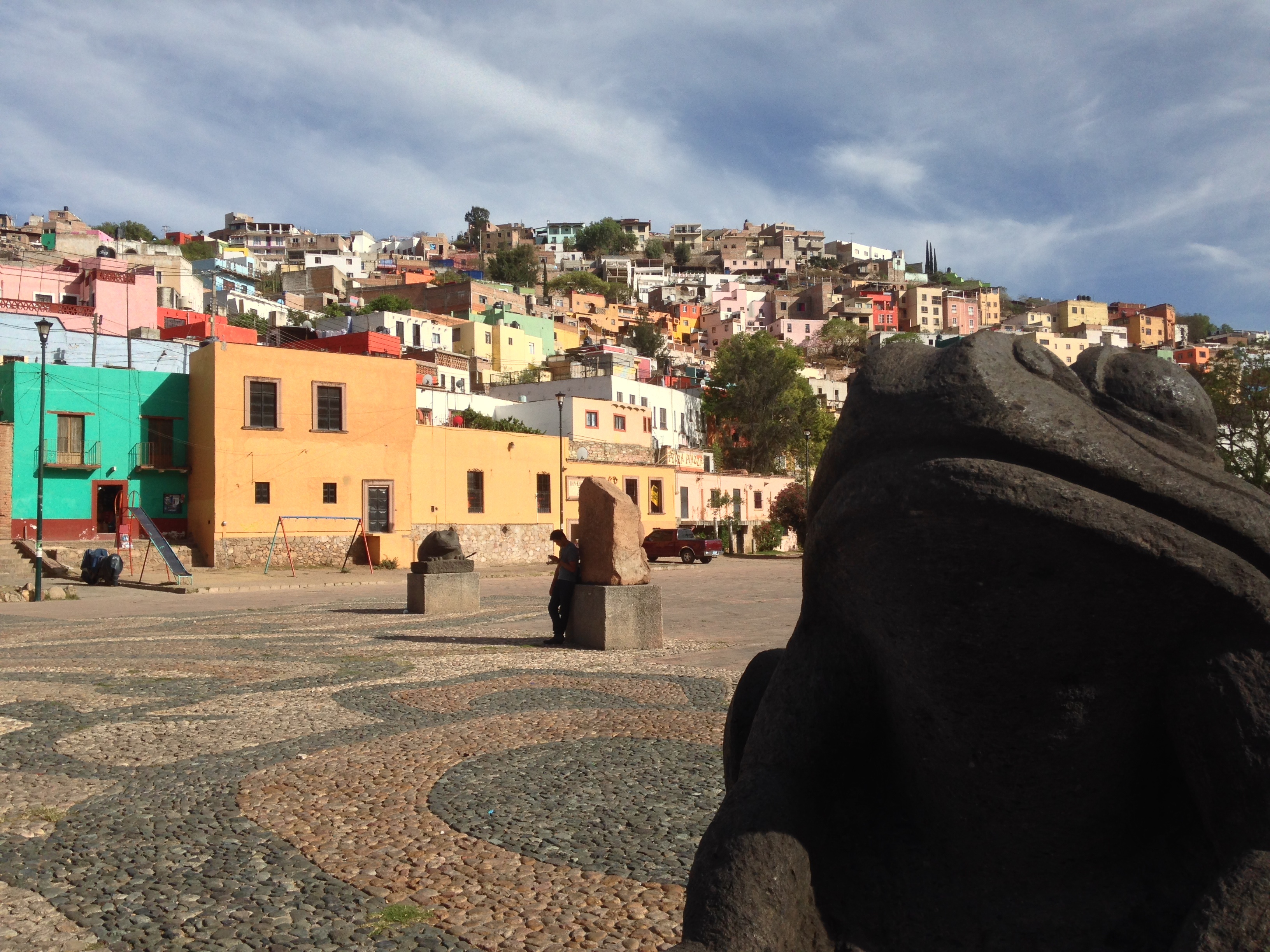 After passing by all the usual Mexico city fiascos, clothing shops, tacos stands, cotton candy sellers and touristy things alike, we went in search for the frog park. It is a park full of frog structures with a great view of the cities hill side of houses! The motorcycle made it throughout the day magnificently. 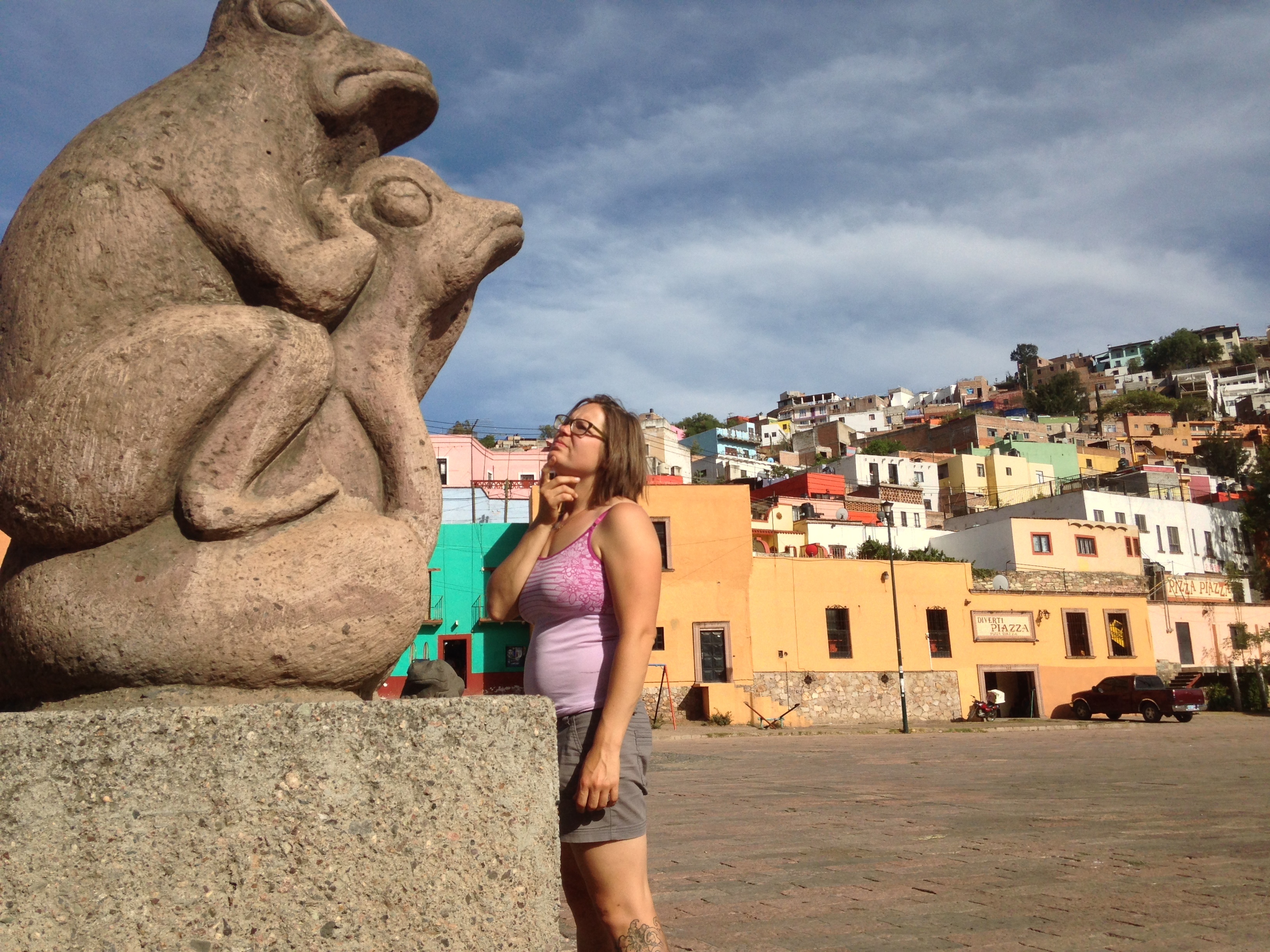 What are those frogs doing, leap frog of course! 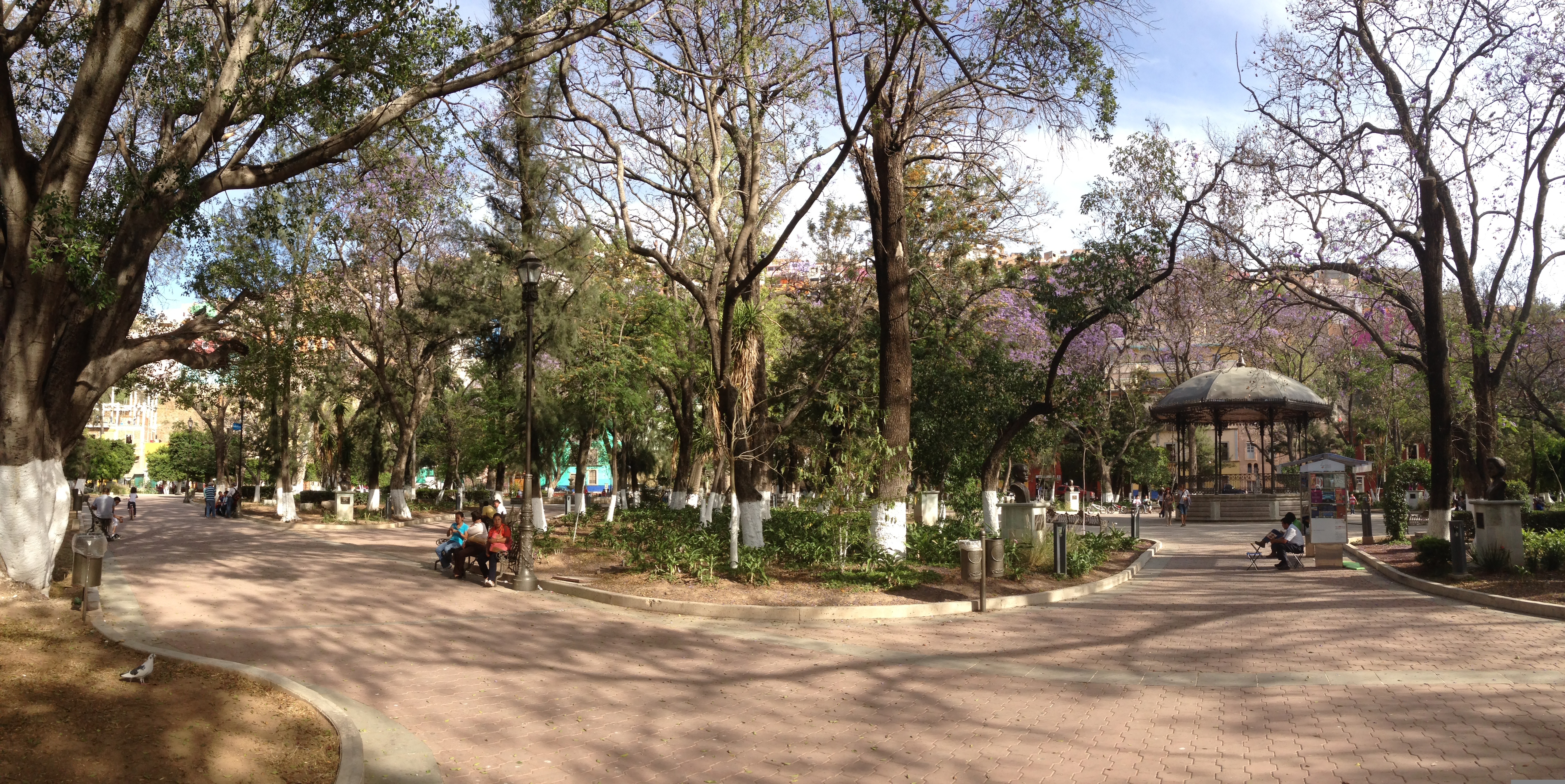 I’m really not sure about the “noise” but the bike is running great so we will be heading off tomorrow out of Celaya and up Pachua, where Brenda has recommended we go to Prismas Basalticos. An awesome land mass of basalt rock. I can’t wait to be back on the road and moving again. This was our first break down, it was an easy one being just 20 minutes away from Mateo’s aunts house we were really lucky to not be stuck on the Baja somewhere in the middle of the desert!

Tonight we found out there is going to lunar eclipse with a red moon, we will be setting an alarm to watch it! I have seen solar eclipses but not a lunar!